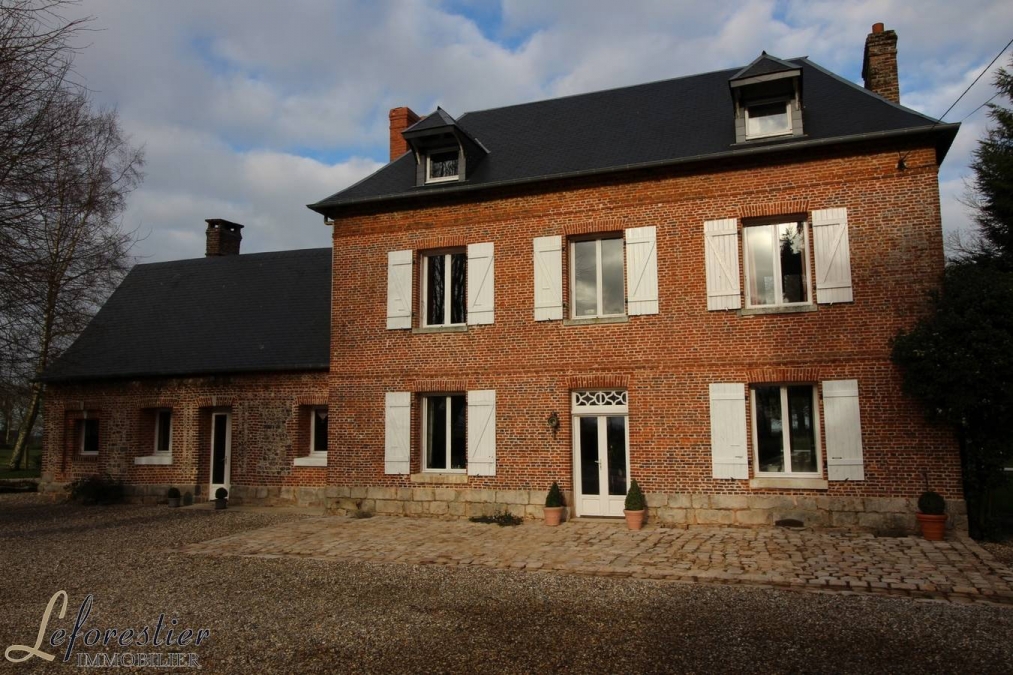 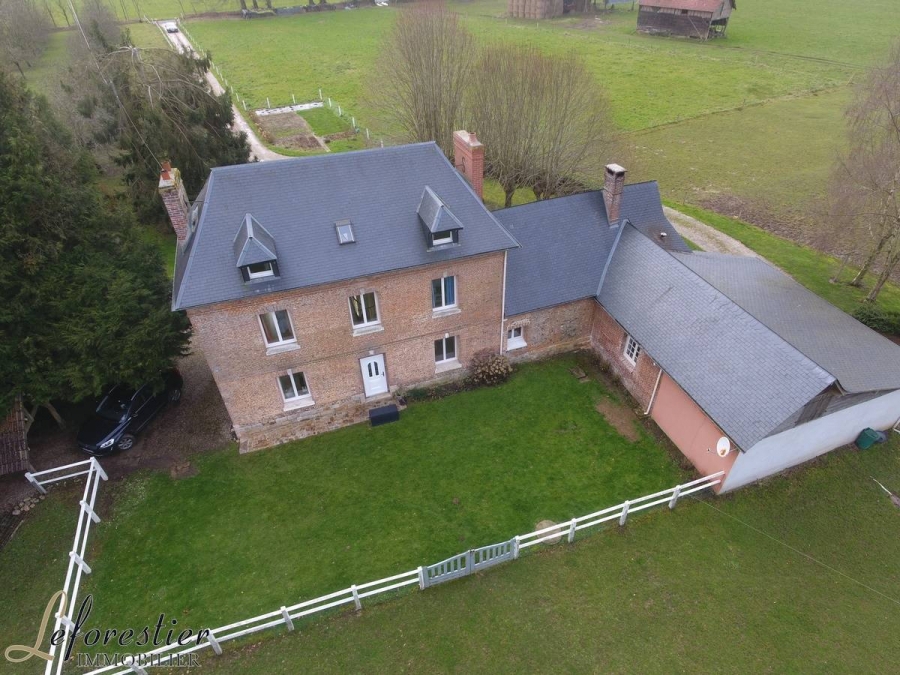 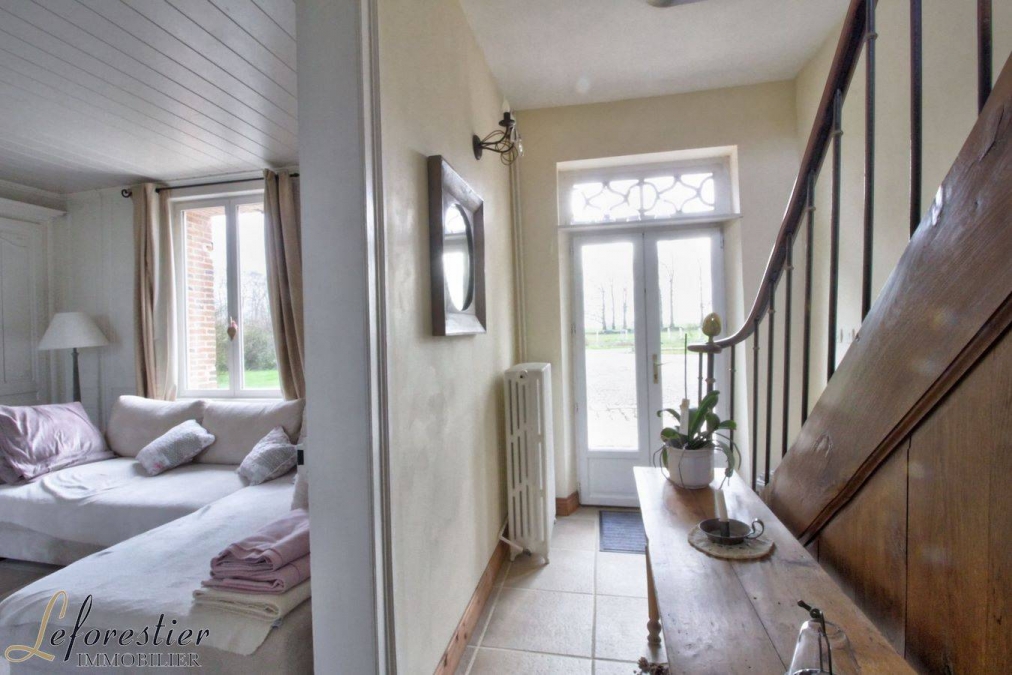 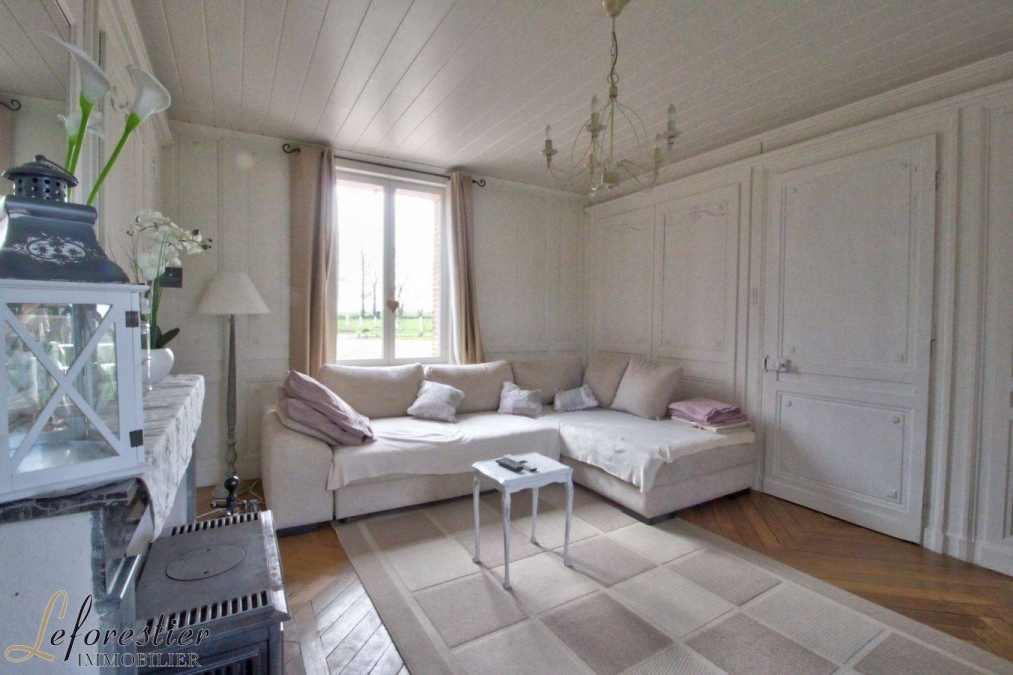 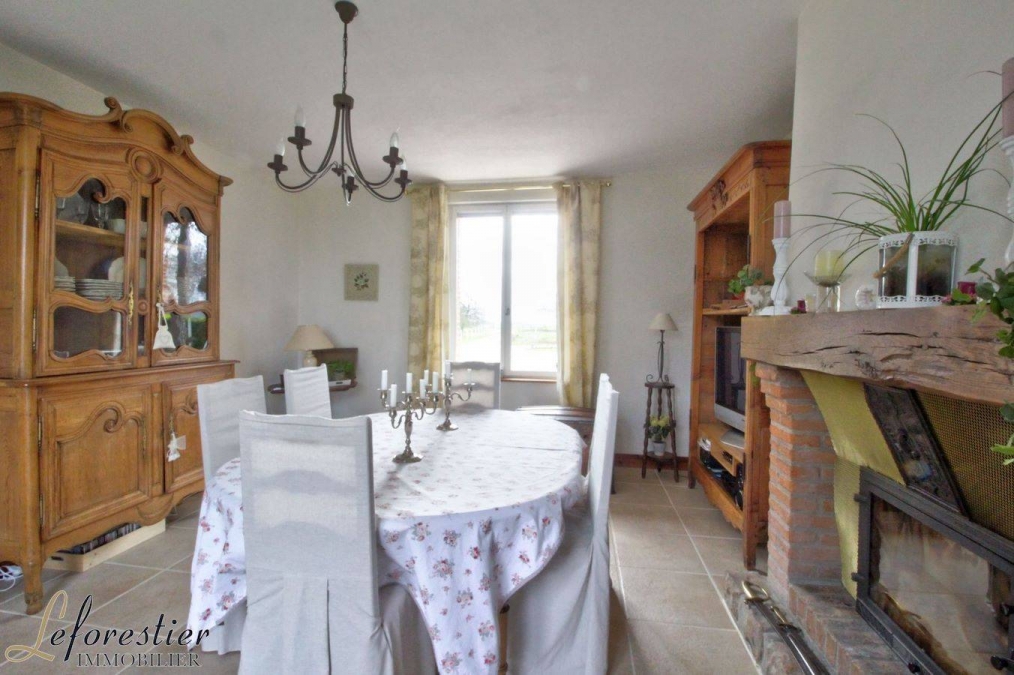 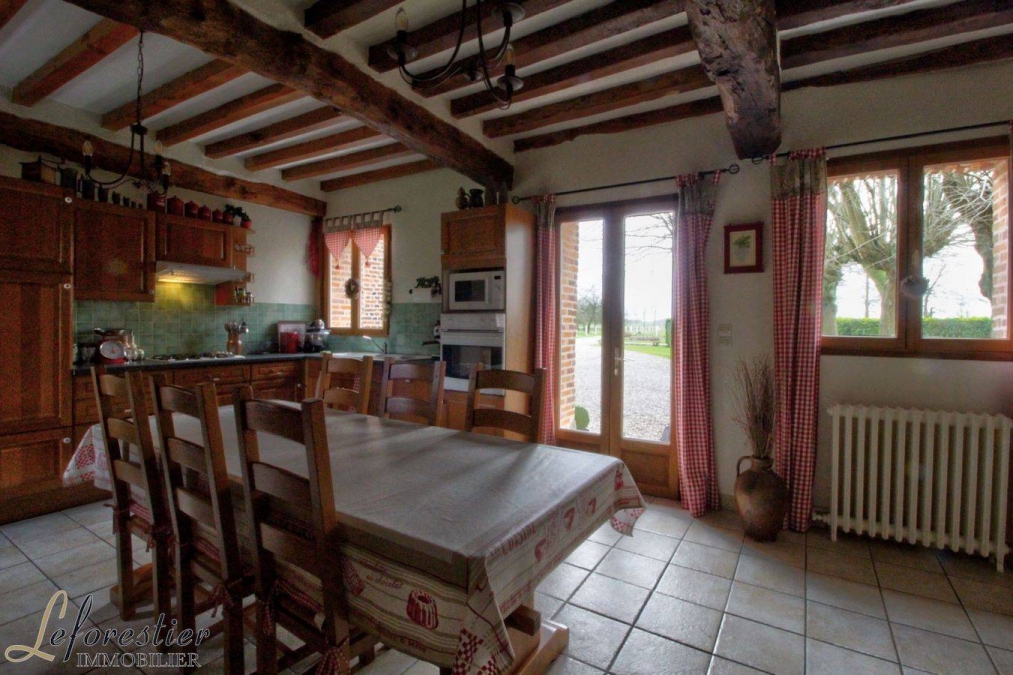 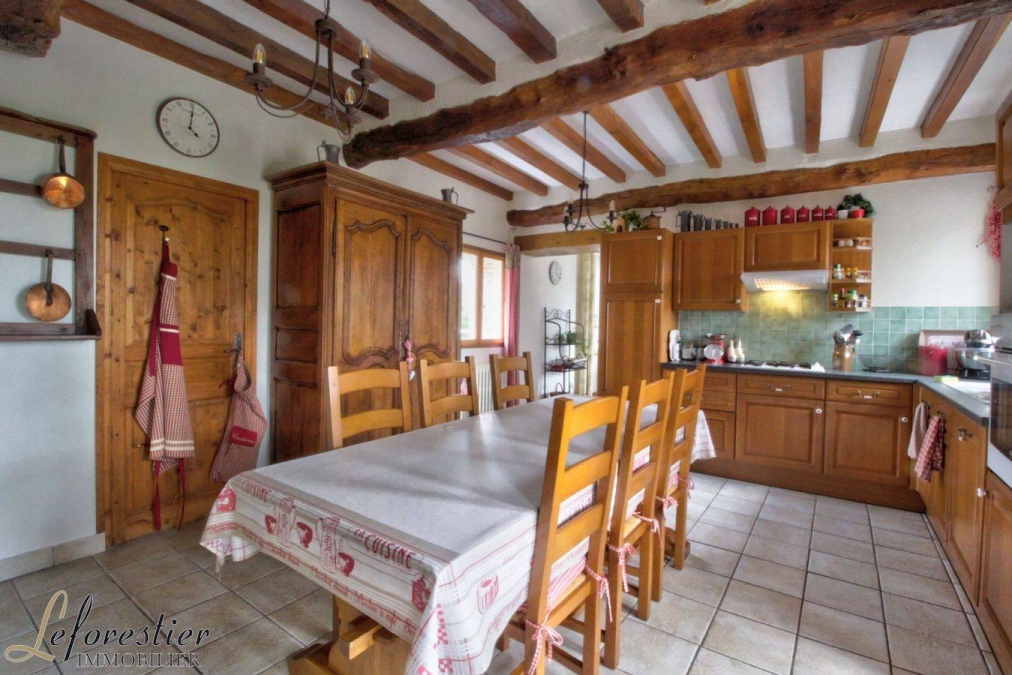 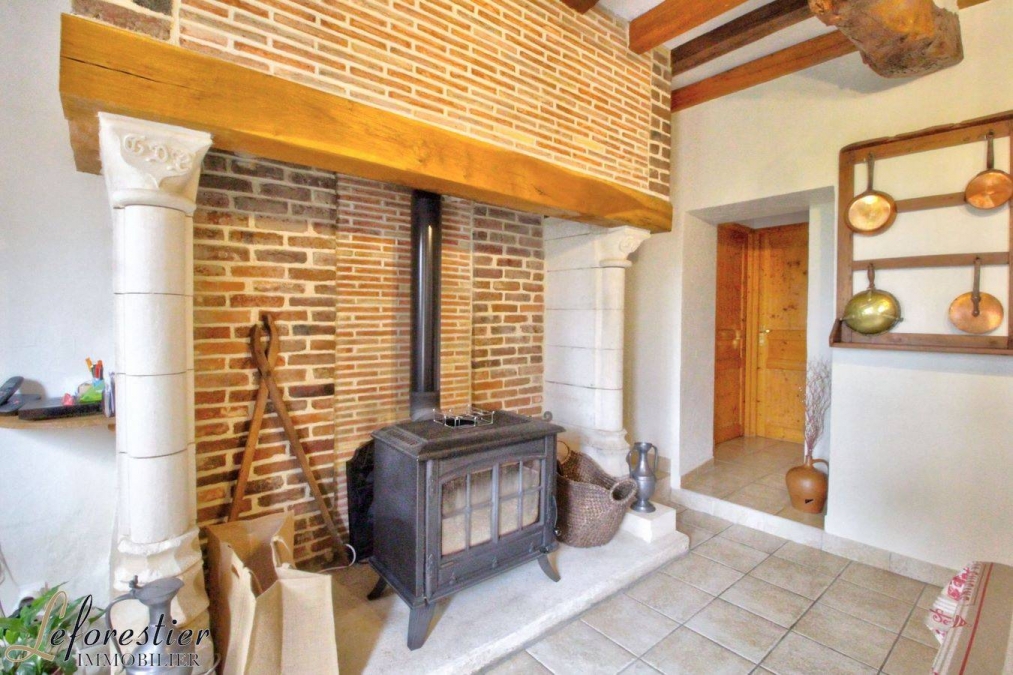 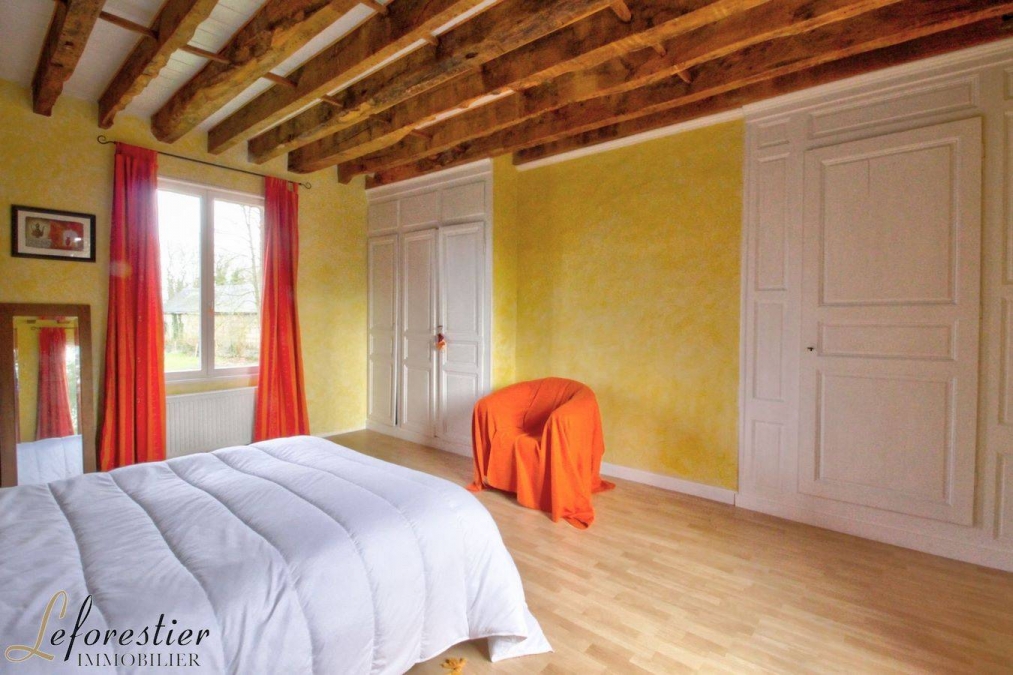 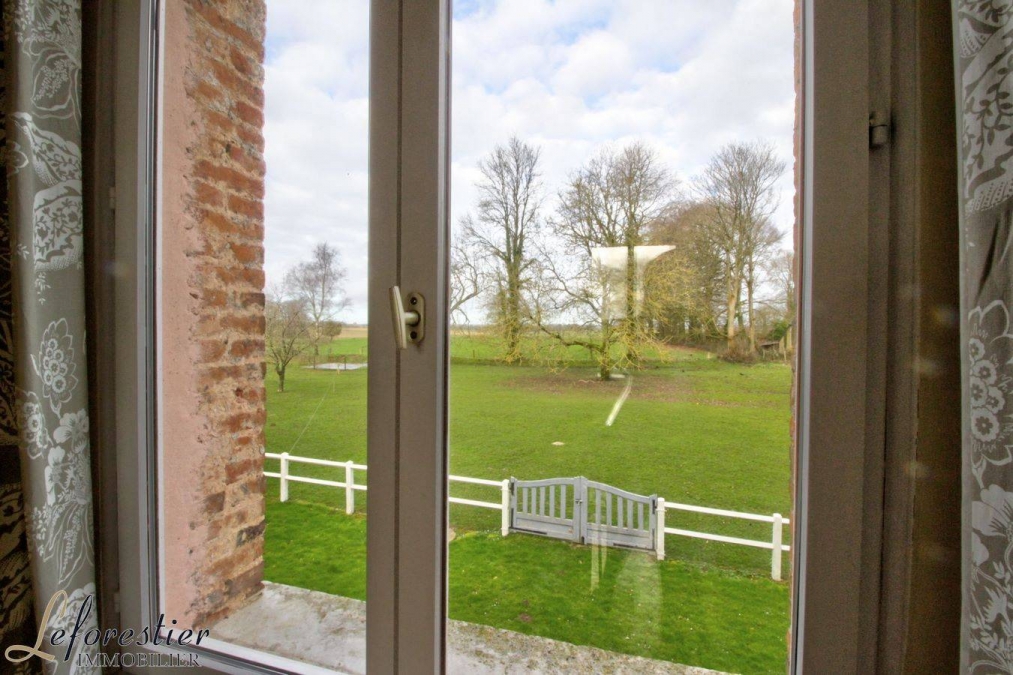 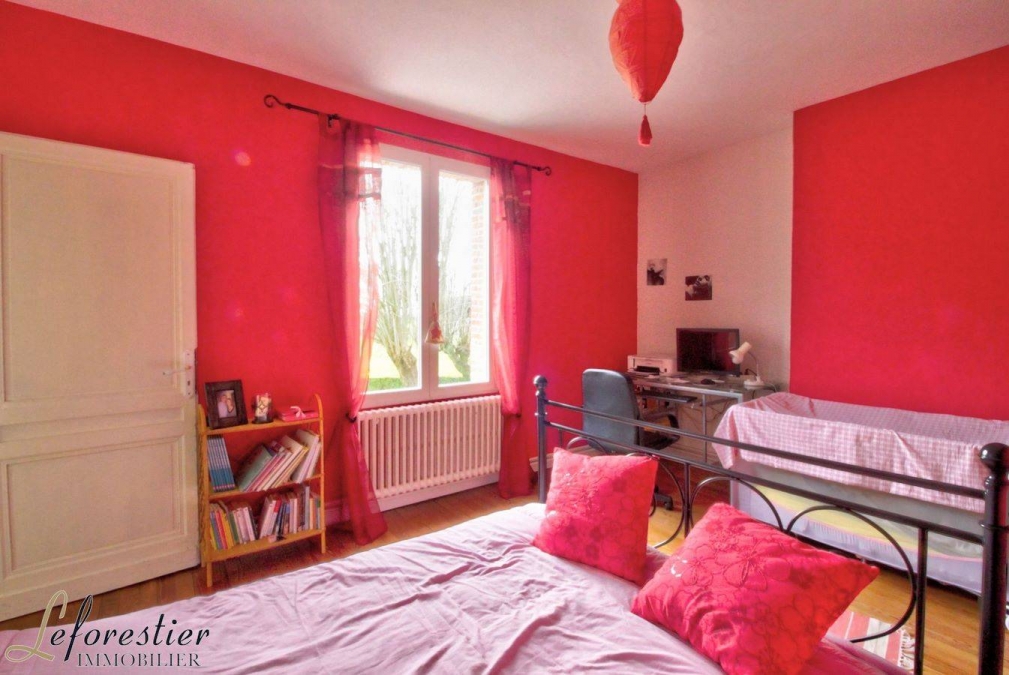 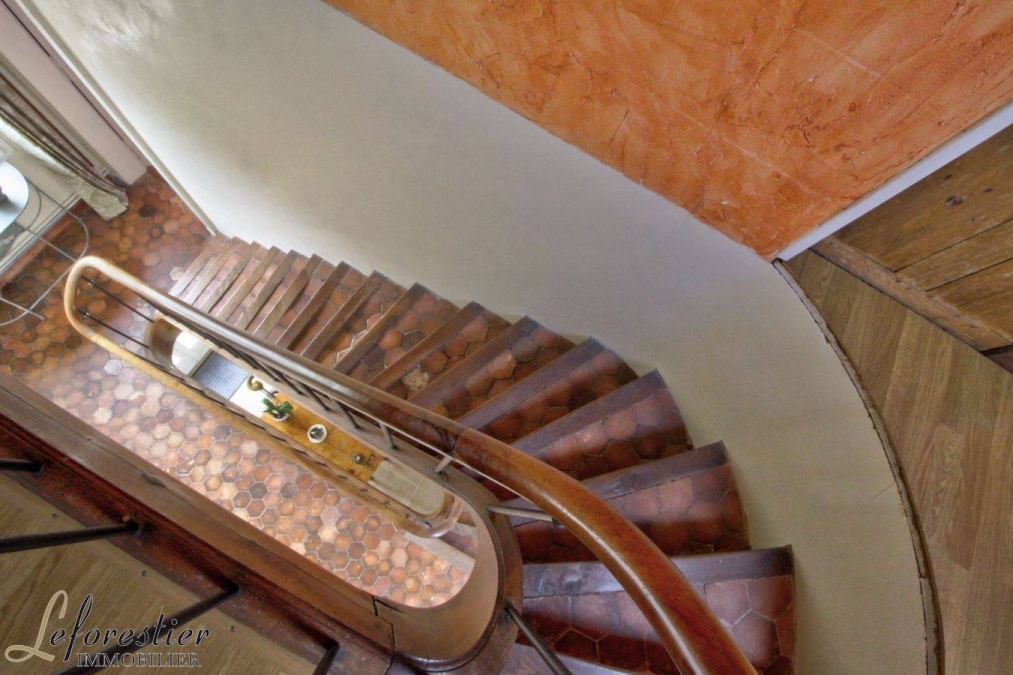 Elegant country house built in brick of Saint-Jean on 2 hectares. The 3 rooms of life and the 5 rooms make of it a beautiful family home.

At the extreme east of the Pays de Caux, between Tôtes and Bosc-le-hard, halfway between Rouen and Dieppe Alabaster Coast, our mansion for sale was built in 1750 in an elegant assembly of pretty bricks of Saint-Jean, traditional brick of Normandy. The origins of the brick go back to the Egyptians, then to the Greeks, then to the Romans. Abandoned in France during the Middle Ages, she made her reappearance at the rebirth. The brick of Saint-Jean holds its red-orange color of the nature of the Normandy clay and the technique of cooking over a wood fire. Later, the arrival of coal by the railways sign the death sentence of this brick considered too fragile, especially for the construction of large buildings such as viaducts and other public buildings.

Former main house of a farmhouse, our charming home is discovered at the end of a welcoming alley, bordered on one side by an apple orchard typical of Normandy. In the meadow on the other side, two horses and some sheep enjoy the generous grass that grows on the plateau Cauchois.

The central door opens to a hall whose staircase has retained its old tiles. On the right, the living room with parquet floor, wood paneling and period fireplace is light and bright. On the left, the dining room also has a fireplace with an insert. The huge kitchen with family atmosphere still resonates with the meals taken by the harvesters in front of the big fireplace, especially the day of Parcé, traditional feast marking the end of the harvest.

Upstairs, three bedrooms and two others still in the eaves accommodate a large family. There is even an attic in which a bathroom would easily find its place. Attached to the house, an extension offers a scullery, a boiler room and a laundry room at this country house.

A carport and a closed garage confirm the functional and operational character of this equestrian farm. The large stable built in the 19th century is perfect for horses. But a car collector, a creator looking for the tranquility of an artist's studio, a handyman or a gardener can easily convert it for the use of his passion.

Leforestier real estate agency, specialist of the house for sale in Normandy, between Rouen and Dieppe, the Pays de Caux in the Pays de Bray.

Country House of Caux 4878 from Leforestier Immobilier on Vimeo.