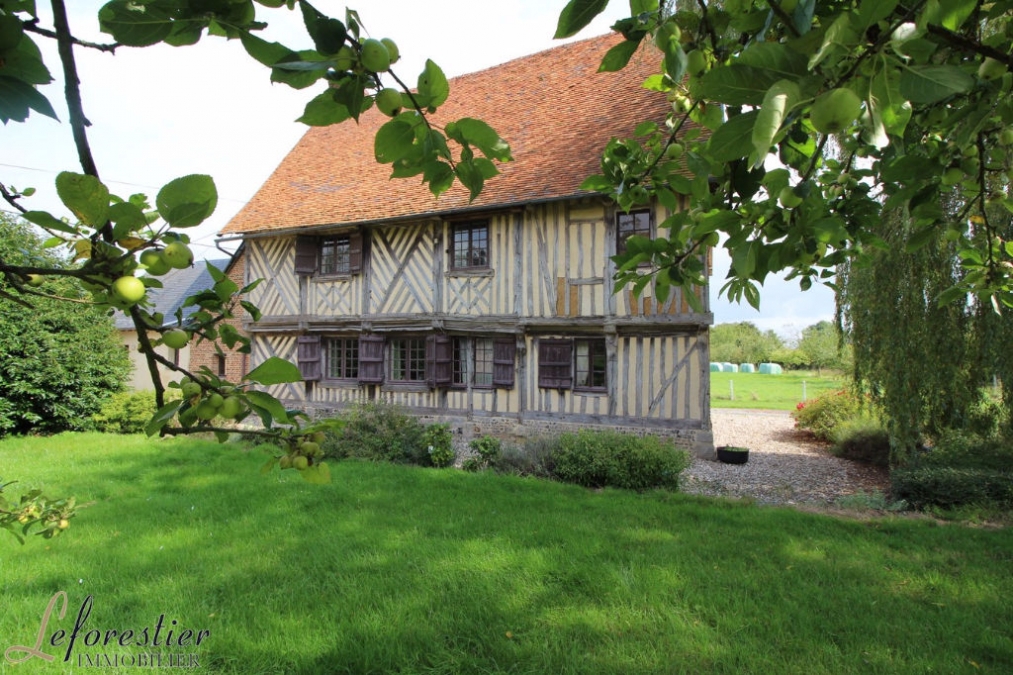 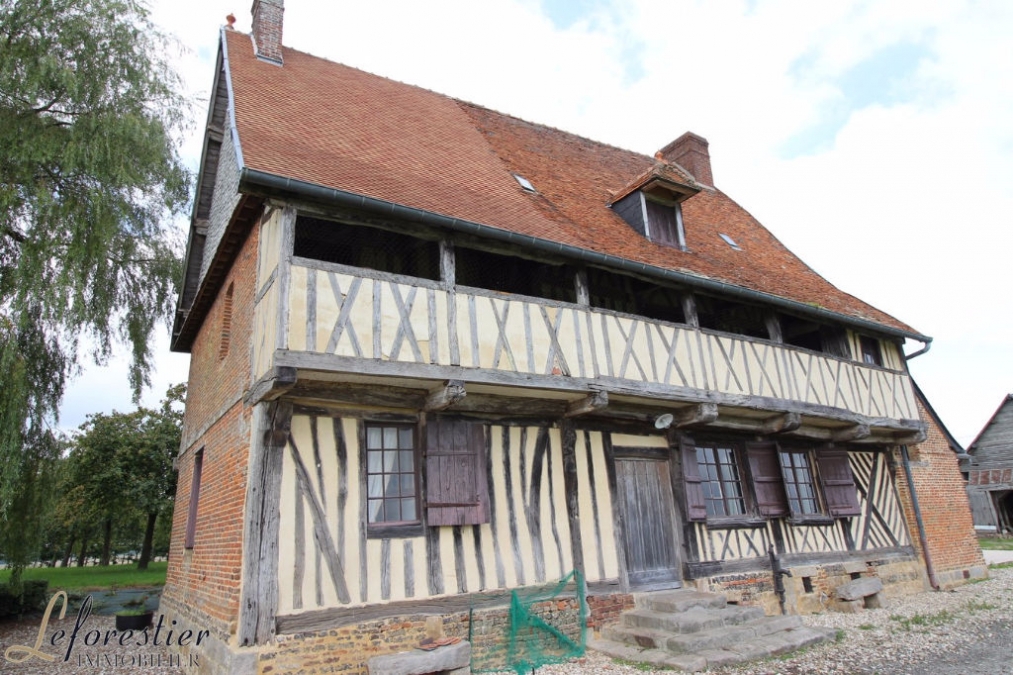 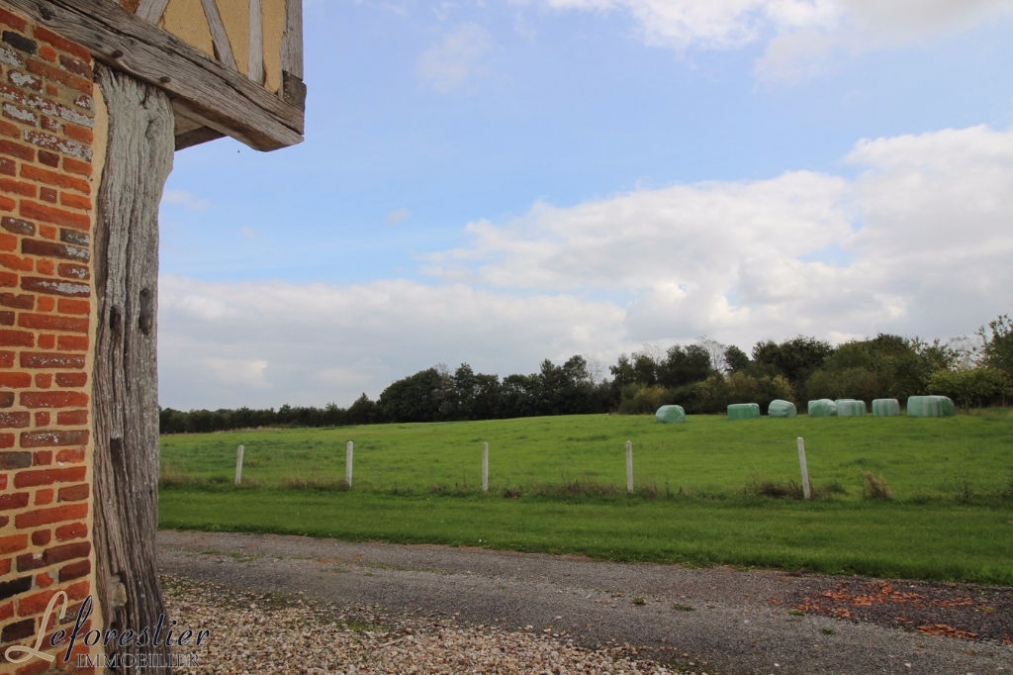 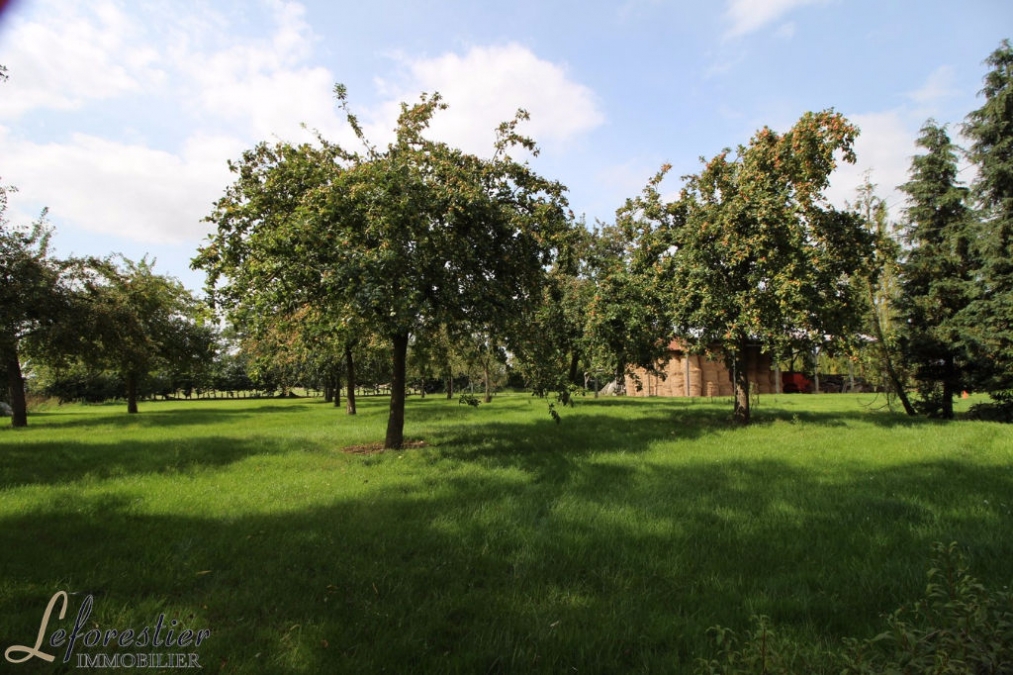 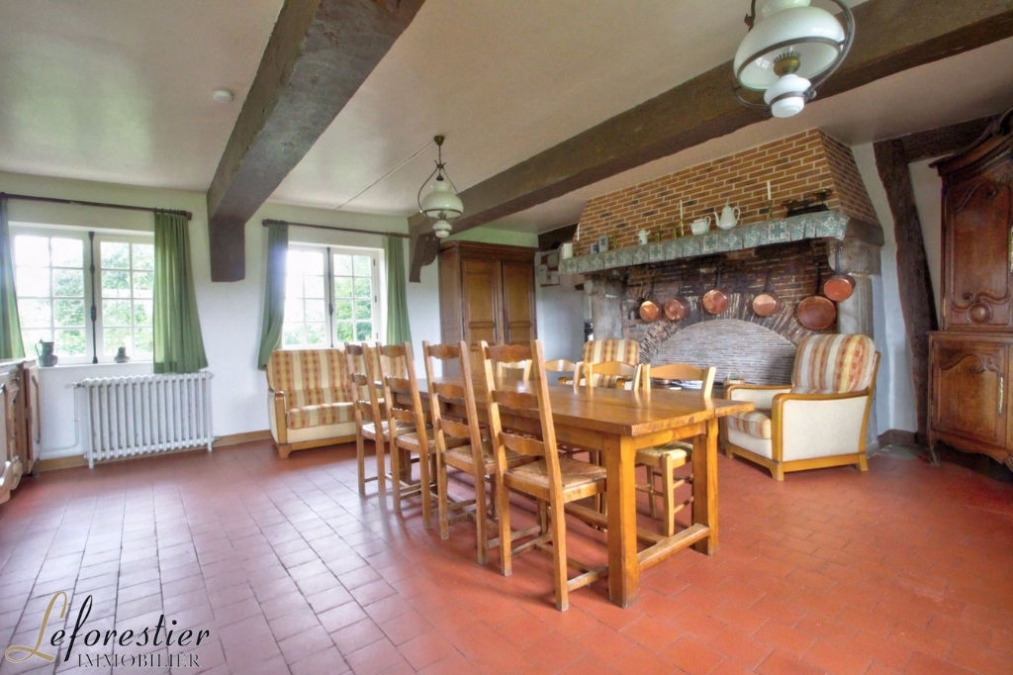 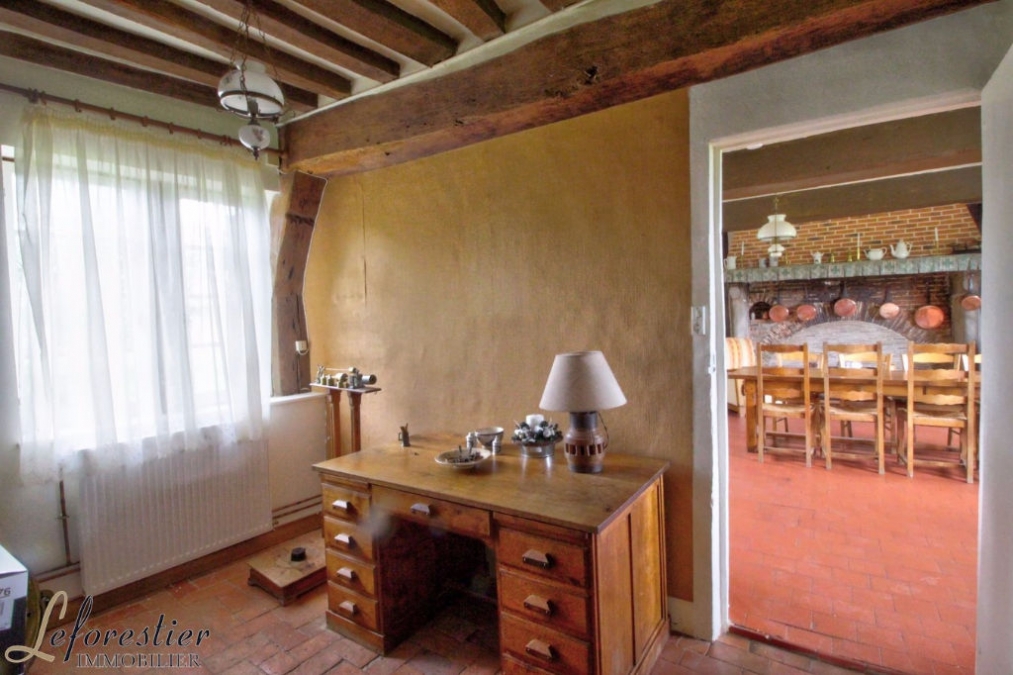 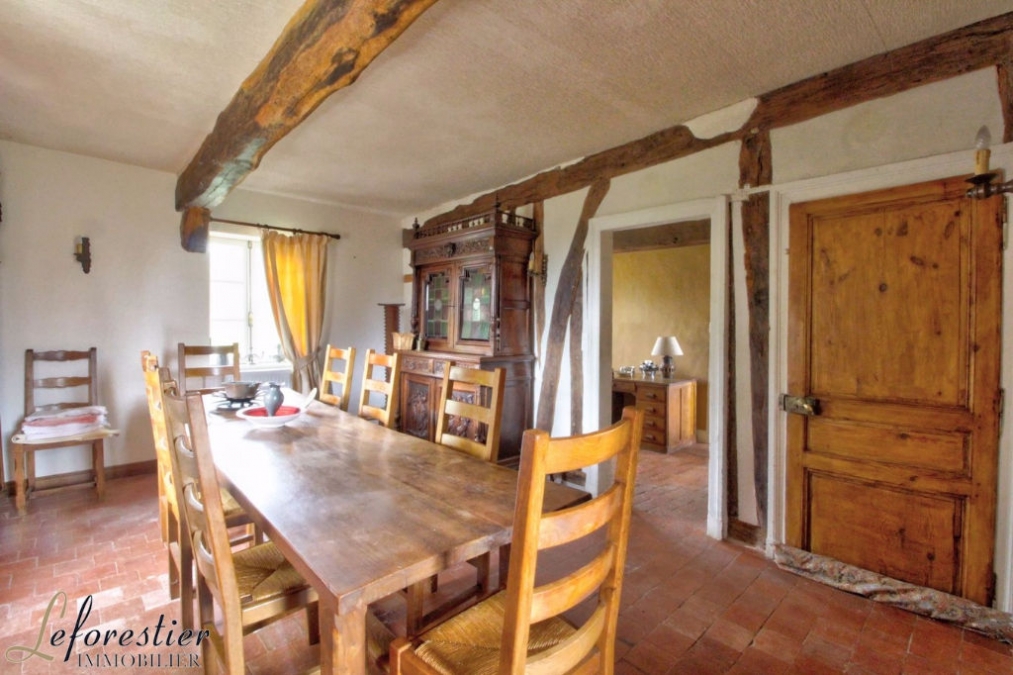 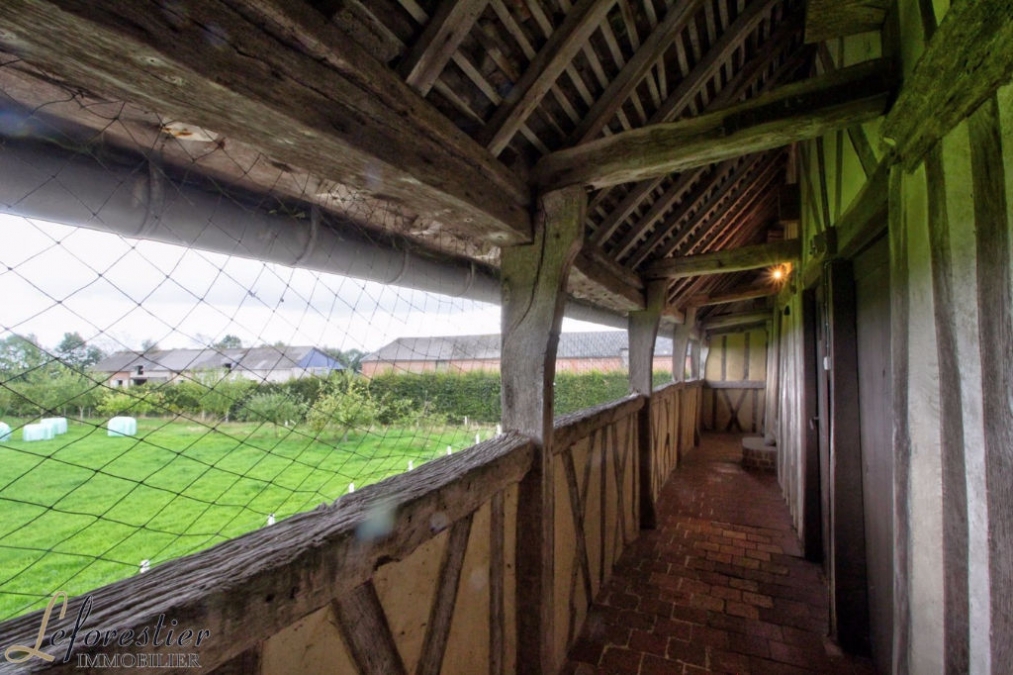 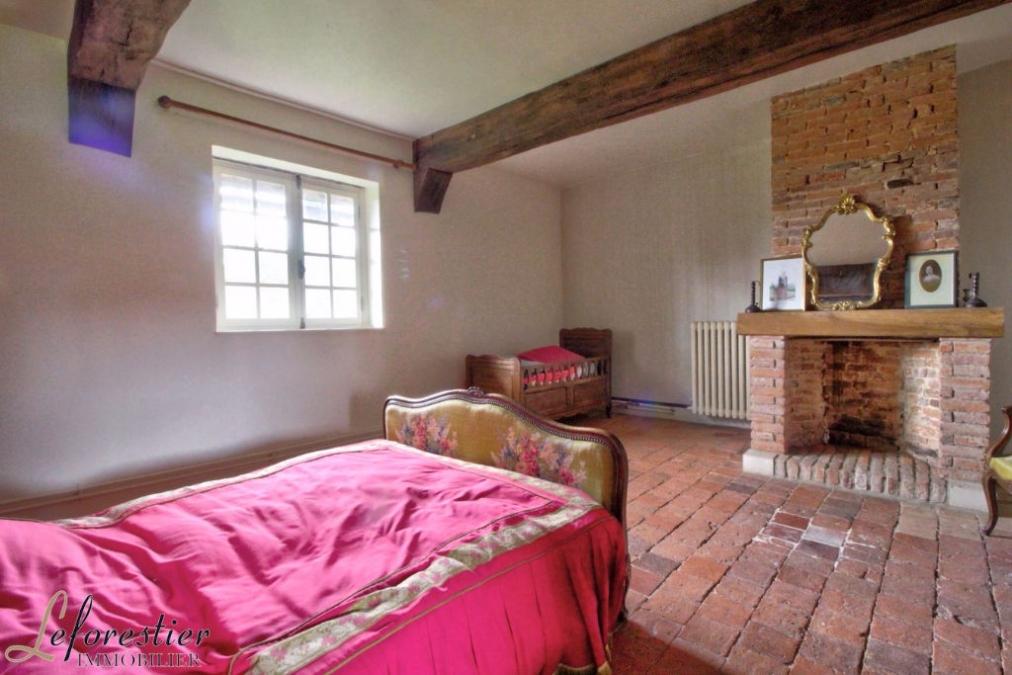 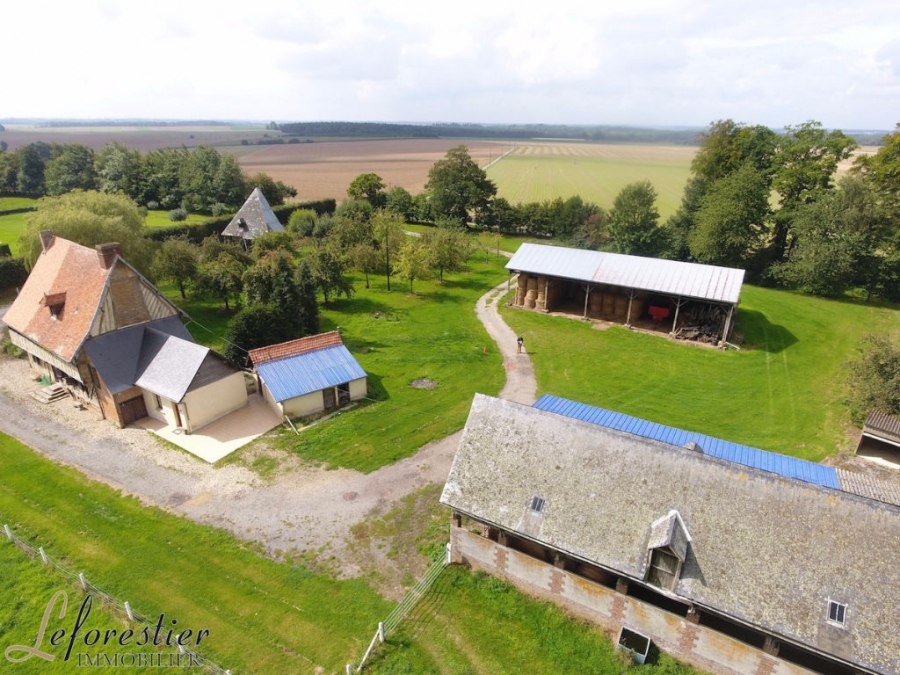 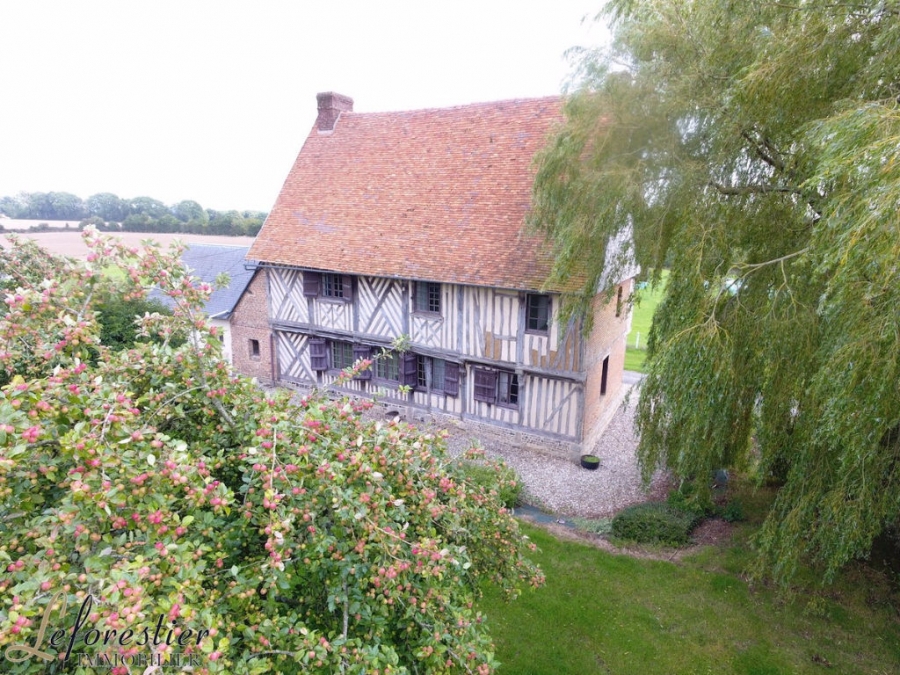 Here is the small manor of Hautot Mesnil, classified by the service of historical monuments and considered rare and authentic. The notion of manor is linked to the feudal system that designated the residence of the lord, or one went to pay homage to him in his home, free man owner of a fief, whatever the size. After the revolution, it became a mansion in the middle of a farmhouse. On a modest scale, our wooden mansion has remained noble by the preservation of its original materials. Faithful to the construction techniques of the Pays de Caux, he still possesses the gallery decorated with a series of Saint André crosses. Built in the 16th century, its Norman tile roof remained wide and sloping. The brick walls of Saint Jean on both gables are in very good condition.

It is necessary to engage in a small communal road to reach this Norman mansion in the middle of fields and meadows. Near Auffay, rich market town welcoming a typical market every Friday morning, the future owners will be lovers of history and old stones. The courtyard planted with apple cider is typical of Normandy. The barns testify to the old agricultural activity. With almost three hectares of land, an equestrian breeding can be envisaged. The large shed can become a horse ride.

The restoration of this charming house did not prevent the addition of modern comfort, including central heating. On the ground floor, two main rooms and an office are built around the fireplaces. On the floor, the authentic gallery distribute the four rooms. The distant view towards the meadows and wooded hillsides in the distance is magnificent! Under the beautiful beams of the frame, a huge room represents an important potential. The extension of the sixties requires to be dressed with wood or old bricks to erase its unsightly appearance.

In conclusion, this Norman manor has many assets and a beautiful environment.

A few kilometers from the Auffay railway station, on the Dieppe Rouen Paris railway line, as a second home or as a main residence, lovers of old stones must seriously study this opportunity! The logistical and environmental situation of this farmhouse is interesting, between Paris and London, 30 minutes from the beautiful city at the four ports of Dieppe and the beaches of the Alabaster Coast. 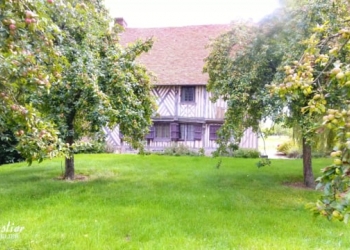