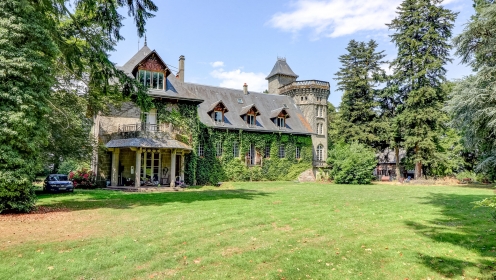 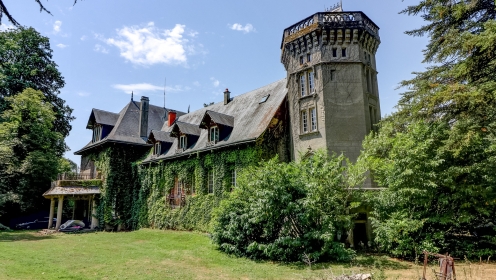 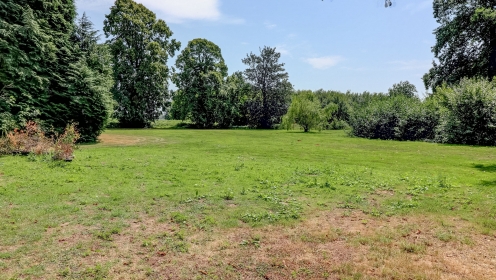 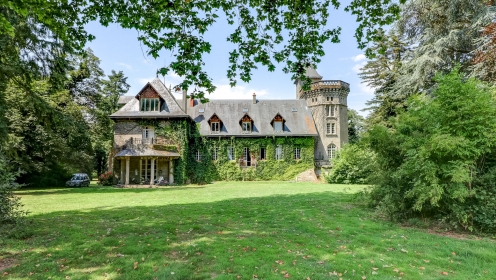 This manor of the Pays de Bray is located in the center of a very pleasant English park, planted with beautiful old trees, plus a wood and meadows for horses.

In a small village in Normandy, the landscape is rural, relaxing and very well preserved. The majestic chestnut alley centered on the center of the castle immediately sets the tone and reveals the atmosphere that several generations of owners have wished to impose. In the central brick body of Saint John of the 17th grafted harmoniously on both sides, a wing of the 19th Anglo-Norman style with bow-window and balcony, then an original dungeon from the early 20th century. 'we contemplate the surrounding countryside. The potential of this property of character is immense and varied. The numerous salons on the ground floor allow the use of wedding halls, receptions, seminars, exhibitions or concerts. Various activities of tourism, charming hotel or bed and breakfast can easily be developed on 890 m2 of potential living space.

The tourist attractiveness of the Pays de Bray is not limited to the casino of Forges-les-Eaux, the golf of Saint-Saëns or the racecourse of Mauquenchy. The green avenue whose ultimate purpose is to connect London to Paris, is a place for walking and hiking that attract many tourists in search of nature and authenticity, who like to discover all the charm of our Norman region.

The outbuildings consist of a caretaker's house, a former stable, a dovecote to renovate, and a shed housing a mineable well. Additional hectares of grassland can be added to the sale. The old stable can be divided into five boxes and a saddlery perfectly correspond to an equestrian activity of leisure. But an enthusiast of parks and gardens will be able to extend the existing park on these surfaces of meadows surrounded by hedgerow to give free rein to his imagination and his creativity. Forty-five minutes from the charming port city of Dieppe or the beaches of the Alabaster Coast, an hour from Beauvais airport, thirty minutes from Rouen, this charming manor house in the heart of unspoilt countryside is logistically well placed.

Very accessible from Paris, Brussels, London, Rouen or Amiens, it benefits from a close highway network. The train at Serqueux train station takes you to Paris Gare du Nord in 1 hour. By the cross-Channel ferry from the port of Dieppe, Brighton is accessible in 5 hours and London in 7 hours. 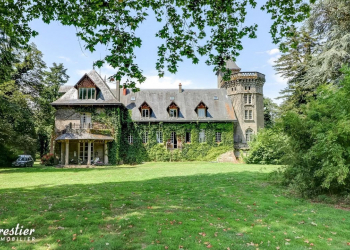 Mansion for sale in the heart of a village near Dieppe

Beautiful house for sale in Dieppe

Manor house for sale in a village in the loops of the Seine, near Rouen

Grand period house for sale in Clères, North of Rouen