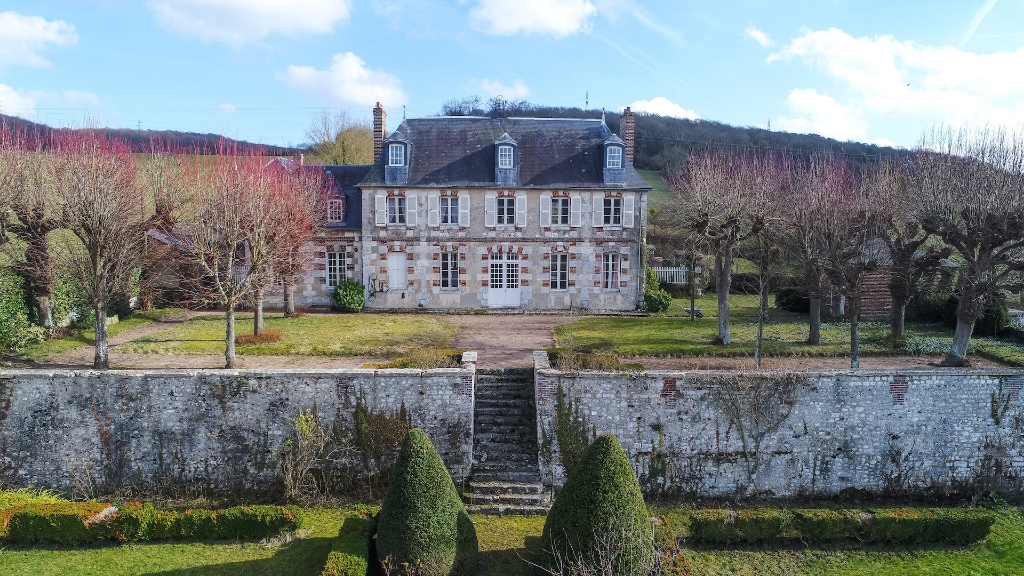 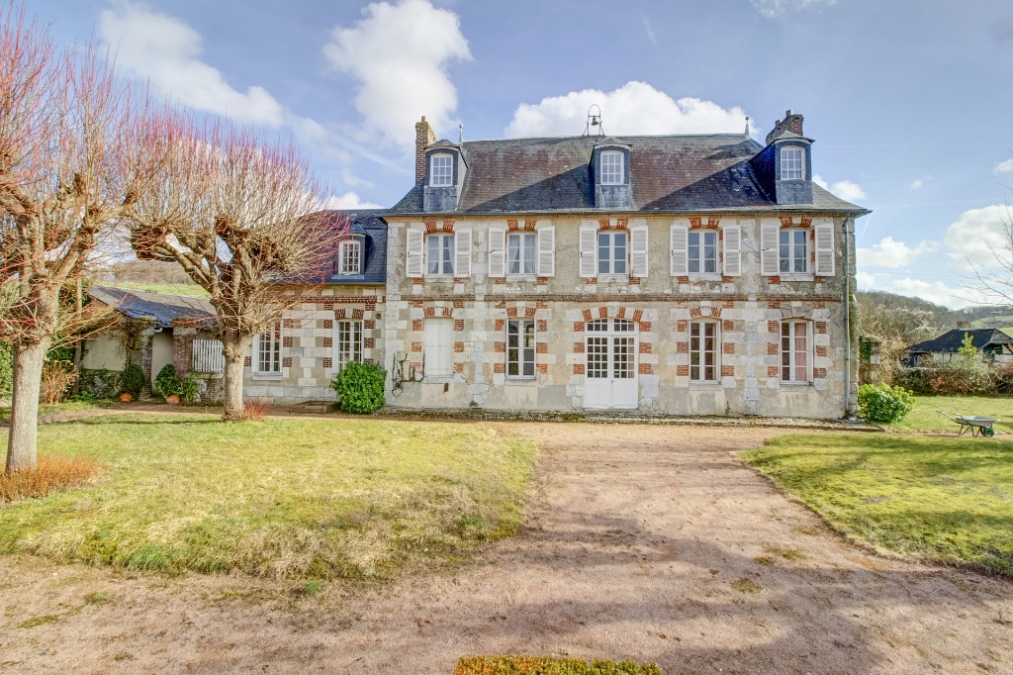 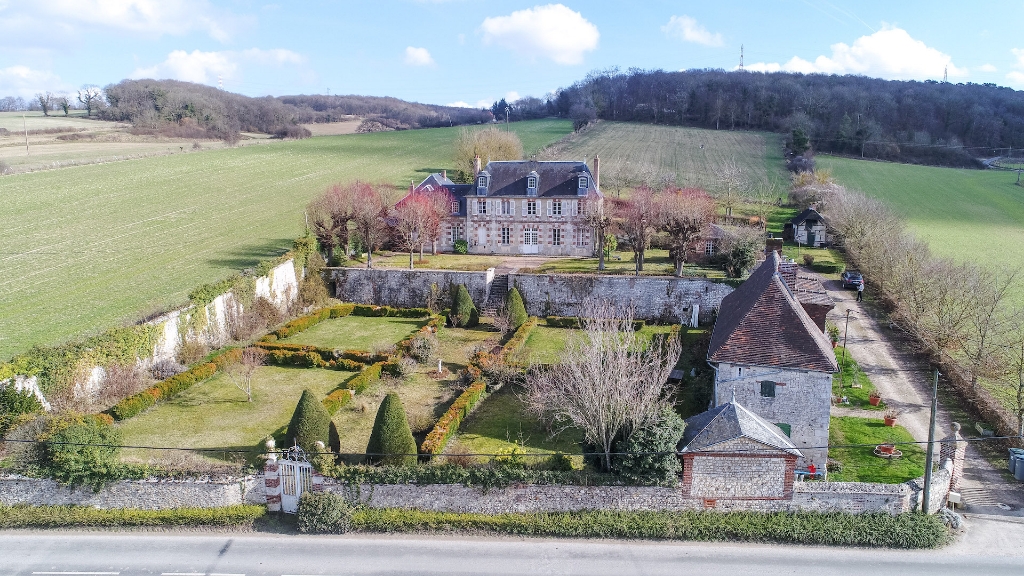 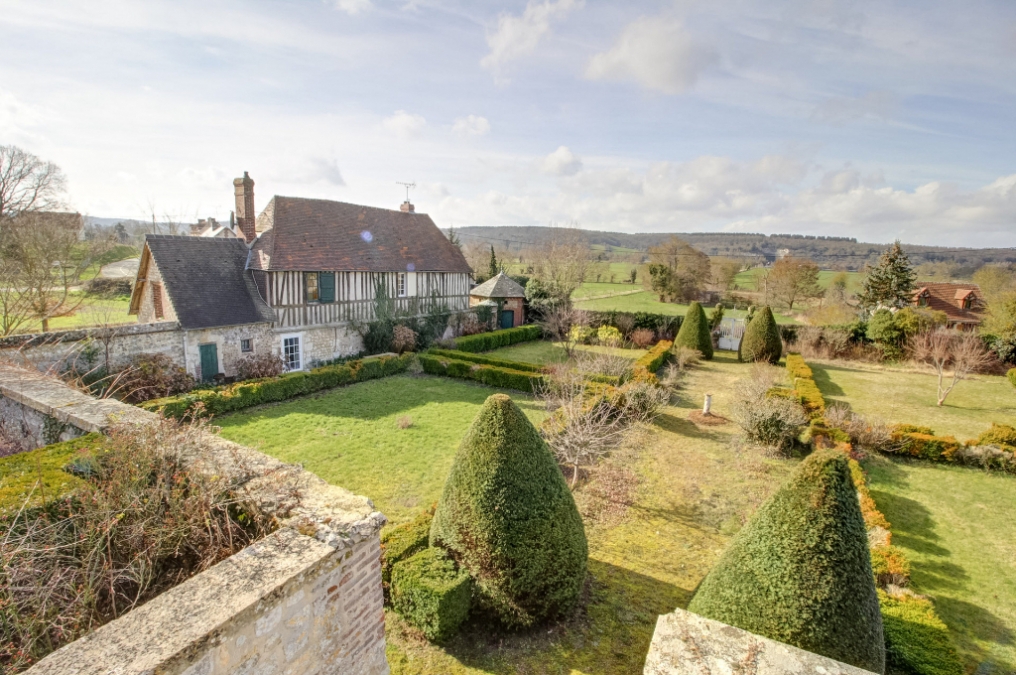 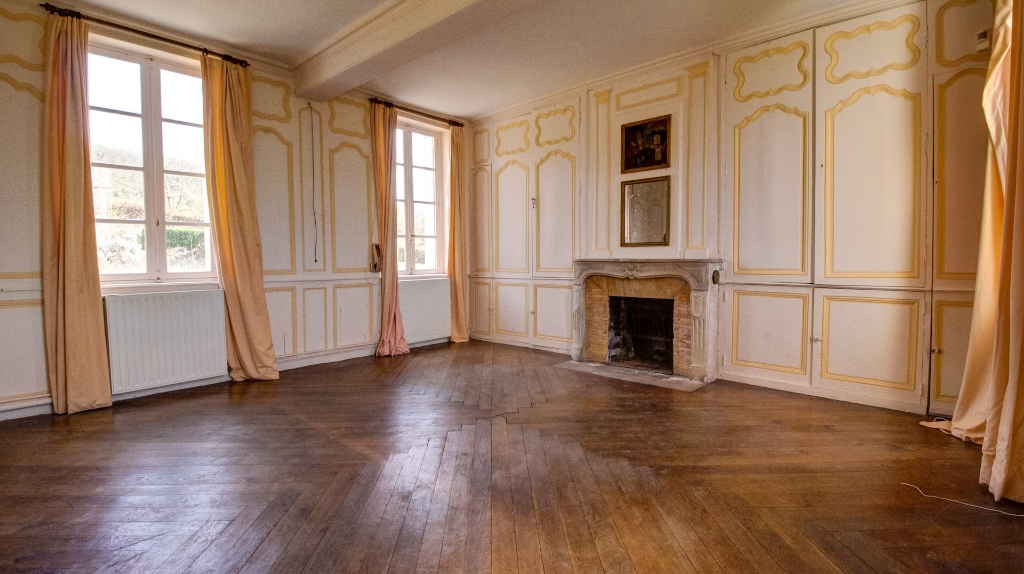 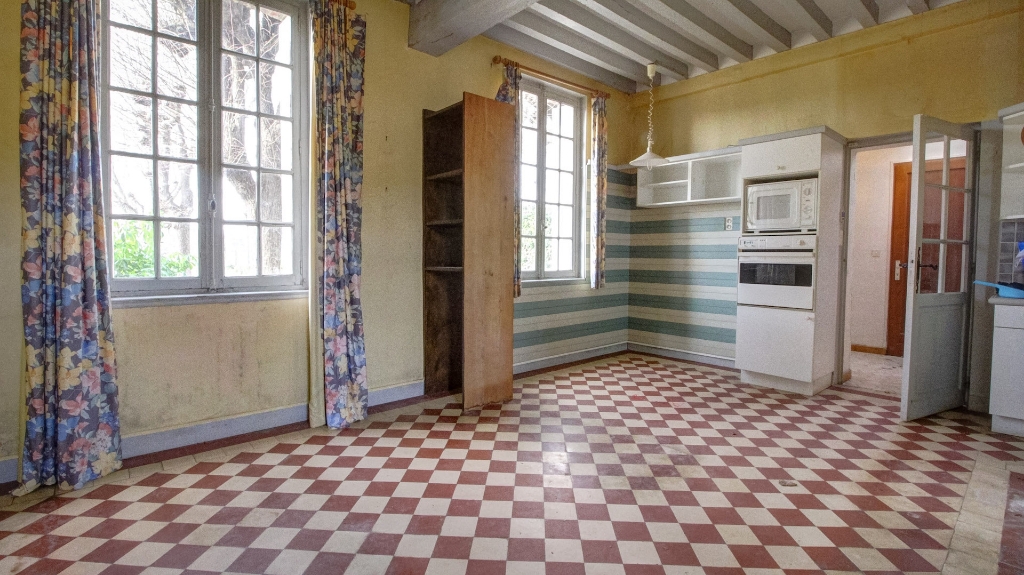 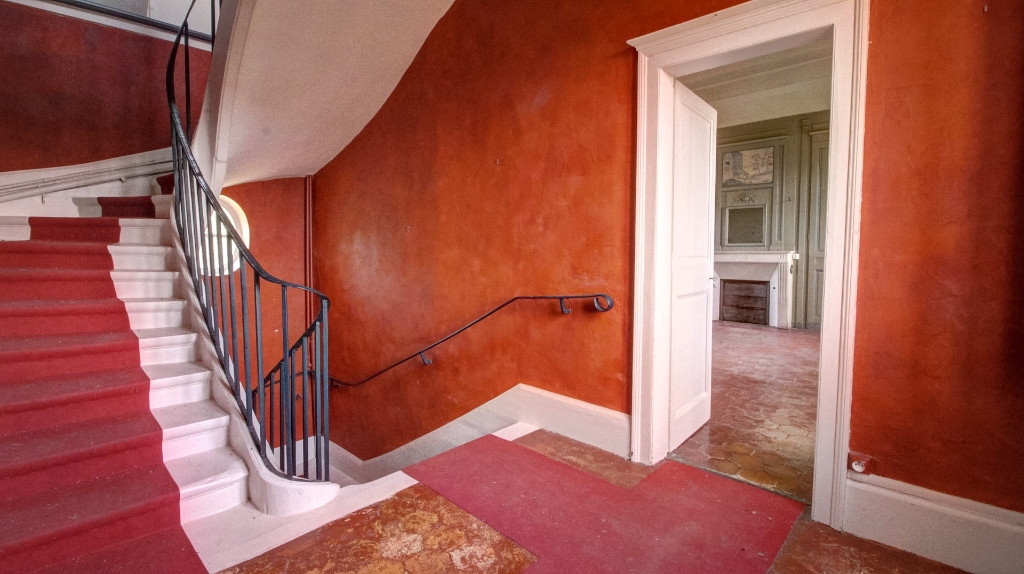 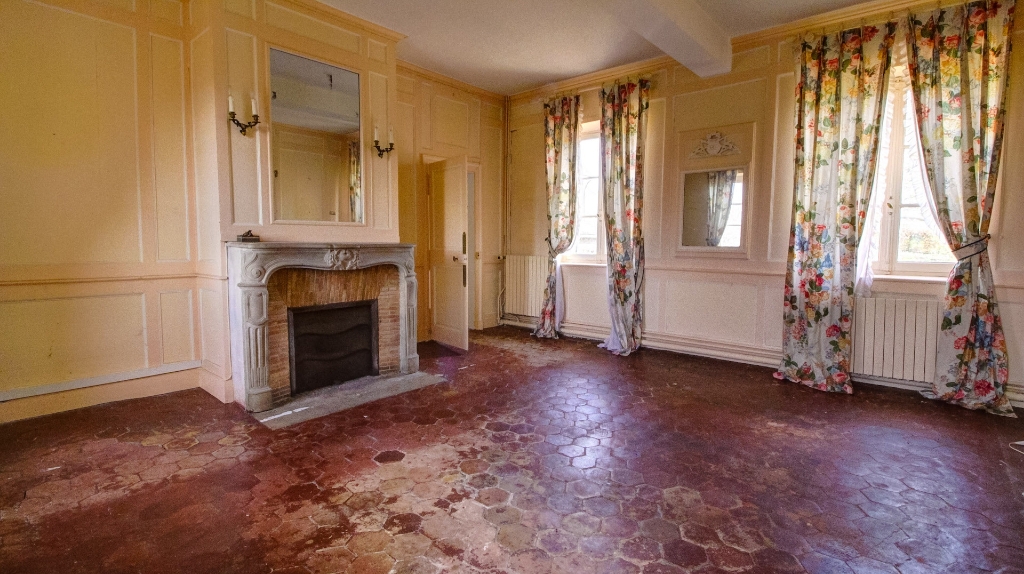 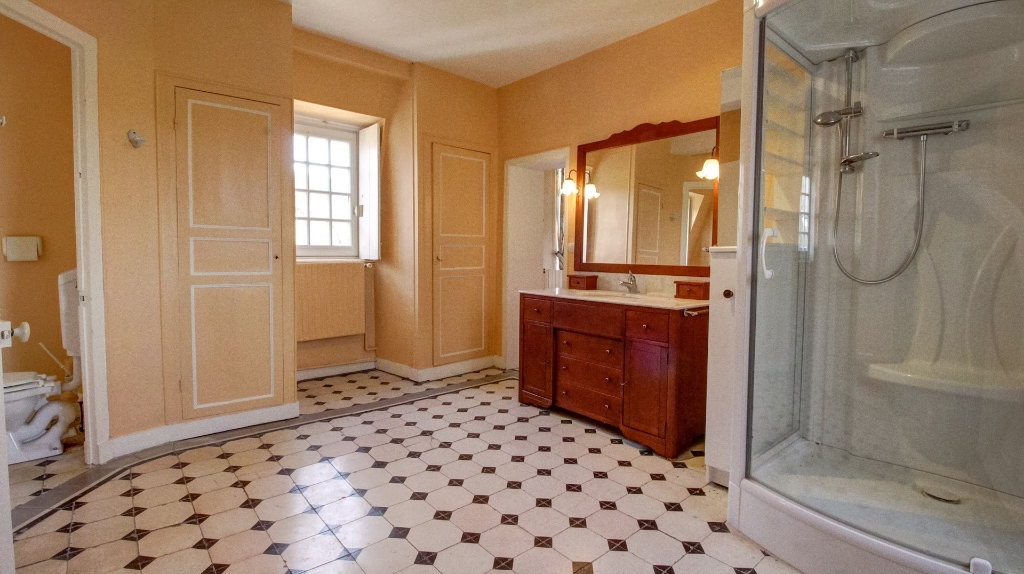 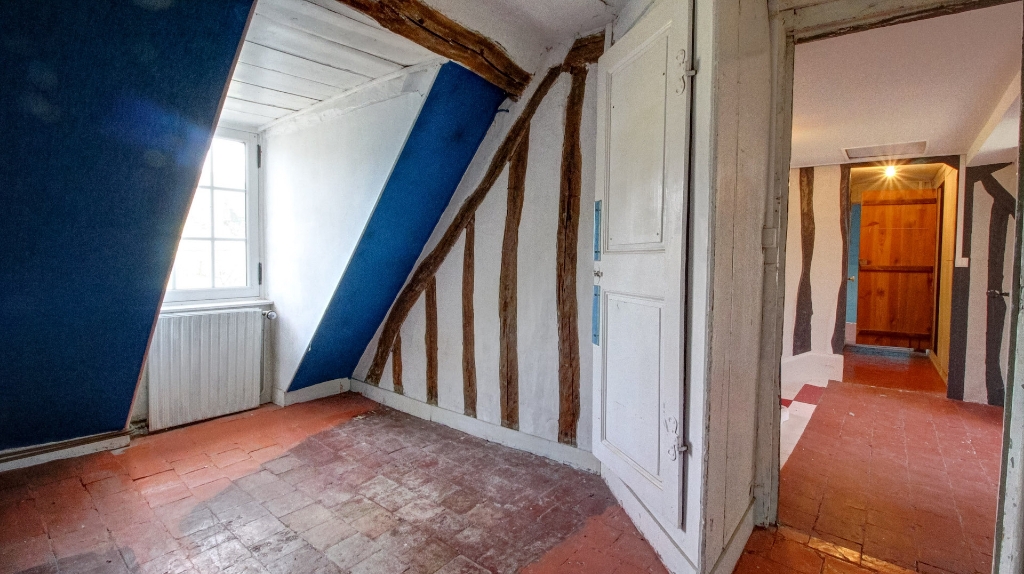 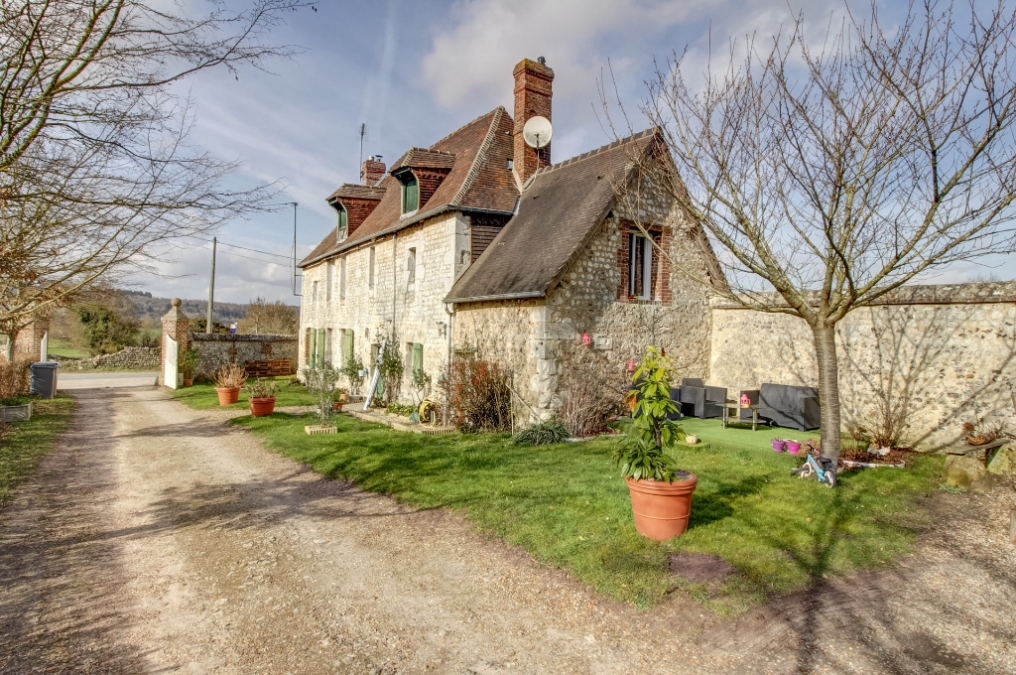 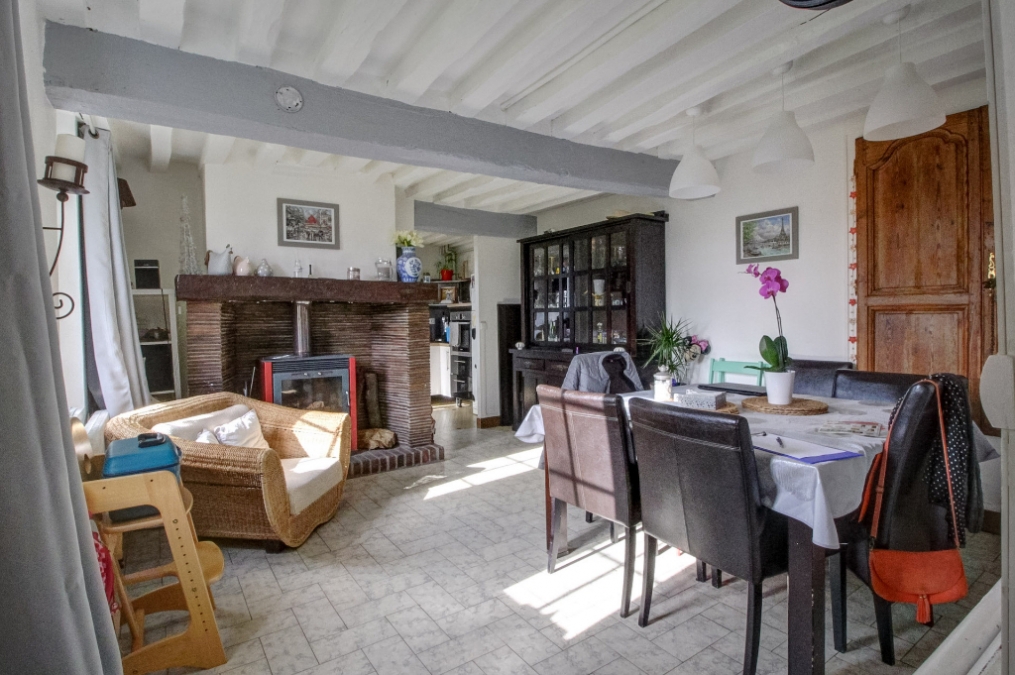 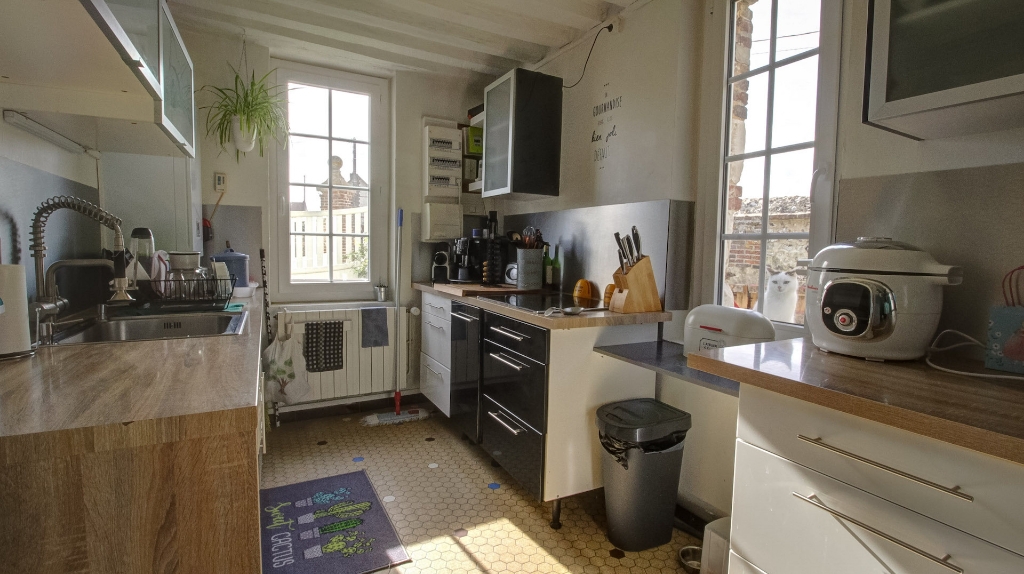 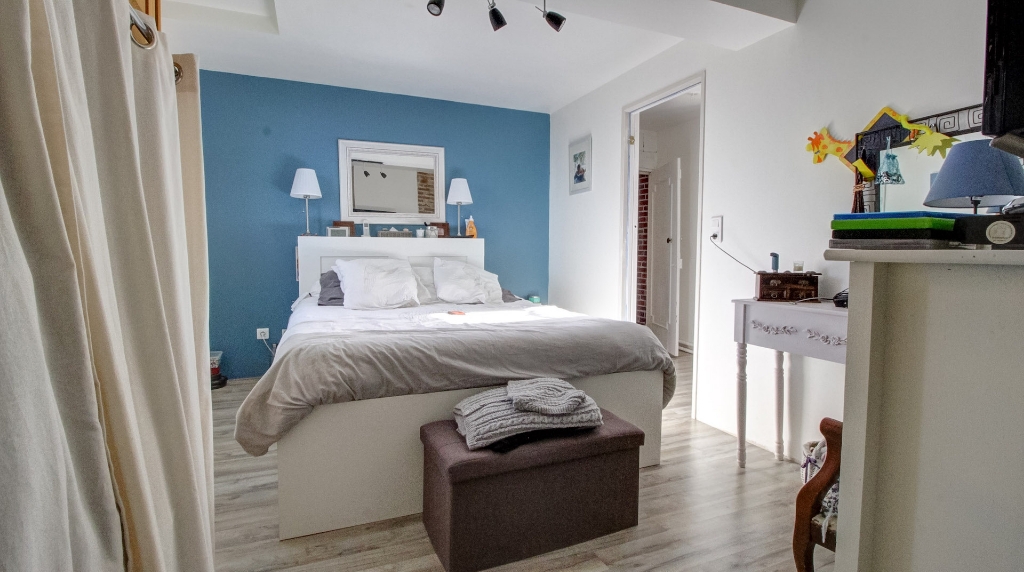 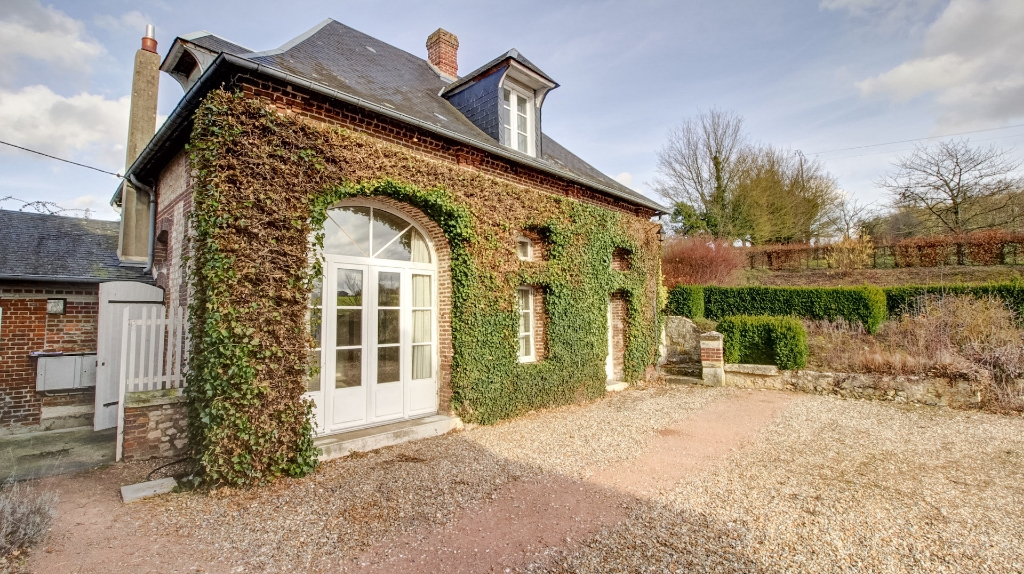 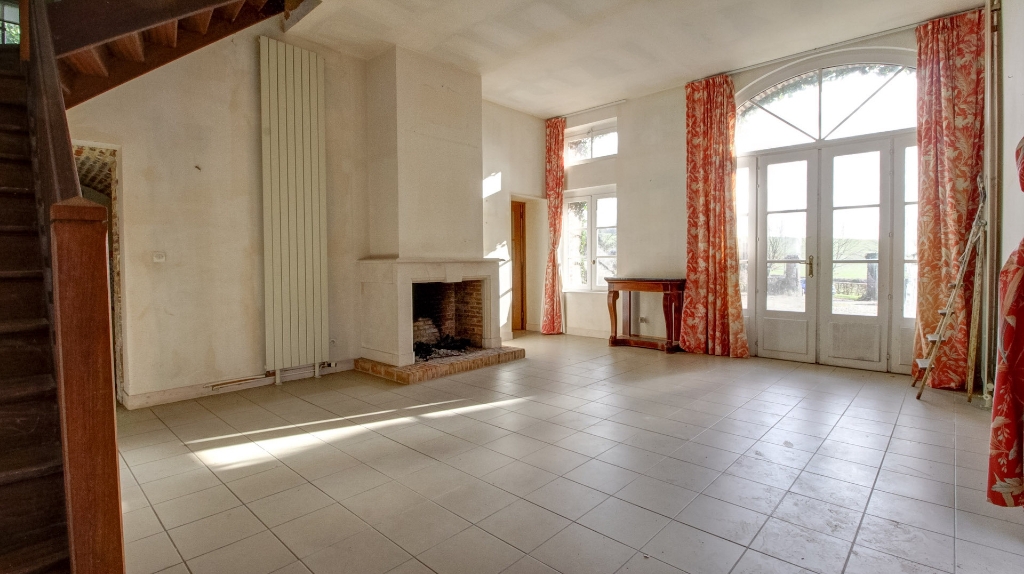 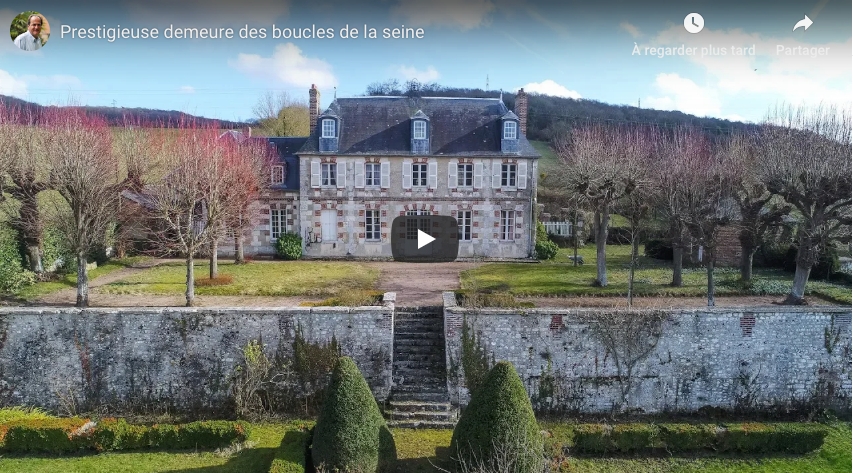 Mansion for sale between Rouen and Saint Martin-de-Boscherville

On the right bank of the Seine, the village of Saint Pierre de Manneville has known during its past history the Viking raids. At the end of the 9th century, undergoing terrible famines in their countries, the first Viking fleets entered the estuary, attracted by the riches and gold of the trading posts and monasteries, notably that of Saint Martin de Boscherville. The calm and navigable nature of the river represented a comfortable opportunity for these harsh and brave sailors, sheltered from winds and storms. In 884, 700 ships went up the Seine to Paris. A few years later, the Carolingian king Charles the simple preferred to negotiate peace with the Vikings, granting them the Normandy of the Epte at La Mancha, on the condition of the conversion to Christianity of his chief Rollon and his subjects. In reality, colonization was relative. Seduced by the climate, the resemblance of manners, language, rich and fertile lands, the few thousand or tens of thousands of Vikings merged easily with the local population. The duchy of Normandy prospered during this period until the integration into the kingdom of France in 1204. Many remains such as the Castle Robert the devil, testify to the history of the dukes of Normandy. The most famous of them, William the conqueror, will set out to conquer England to transform the kingdom into a first-class economic and maritime power, led by a Norman.

Our character home for sale known a history much less tormented. Several decades before the revolution, it was built to become the manor of a wealthy family. In the 18th century, many buildings were built in beautiful places to become resorts. In reality, they were the second homes of the time. Certainly more modest than the castles, spacious enough to accommodate the family and the house staff, they still retained the aesthetics of aristocratic houses.

On a sunny hillside of the Seine Valley, the property enjoys a distant view of the plains and meadows that precede the banks of the river. Flood risks are zero. Built with local materials, our mansion for sale is an elegant blend of Pierre de Caumont, local limestone, and an authentic Saint Jean brick. The geometry and proportions of the building are perfect. The ground floor and the floor have large openings promoting abundant light in the main rooms. Under the eaves, the Jacobean dormers open to smaller rooms originally reserved for servants. The natural slope of the ground allowed to realize a delightful French garden encircled with stones of Caumont of the best effect. The intimacy of this French garden invites you to read, meditate, relax and return to yourself. Conversely, opposite gardens are freer in the organization. The orchard produces many fruits that the micro climate of the Seine Valley allows. A green hand will have the leisure to give all these spaces the luster they deserve.

The annex was to be a stable for horses, carriages and grooms. Today, it has become a lovely guest house, independent of the main one, with its own facilities, its comfort, its vast and high stay with chimney, its 3 rooms. The guard house, certainly more modest from its origins, is however a very nice Norman house on two levels, built in white stones and half-timbering. A double vaulted underground garage, a bread oven and a former fruit tree complete the three main buildings. The potential is important. Many projects can be envisaged: family house, activity of reception tourist, workshop of art and creation, second home in the loops of the Seine, to two hours of Paris by the A13, 20 minutes of Rouen , three hours from Brussels, one hour from Deauville and Honfleur, five hours from London, 90 minutes from Beauvais-Tille airport. For a personal or professional project, take a serious interest in this mansion for sale that will remain eternally encamped in this beautiful green setting!

Agency Leforestier real estate, specialist character home for sale, between Rouen and Le Havre, in the heart of Normandy the most steeped in history. 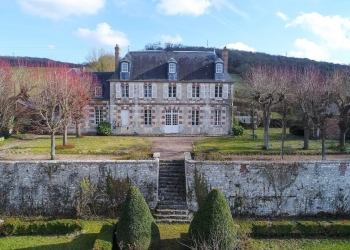 Manor house for sale in a village in the loops of the Seine, near Rouen