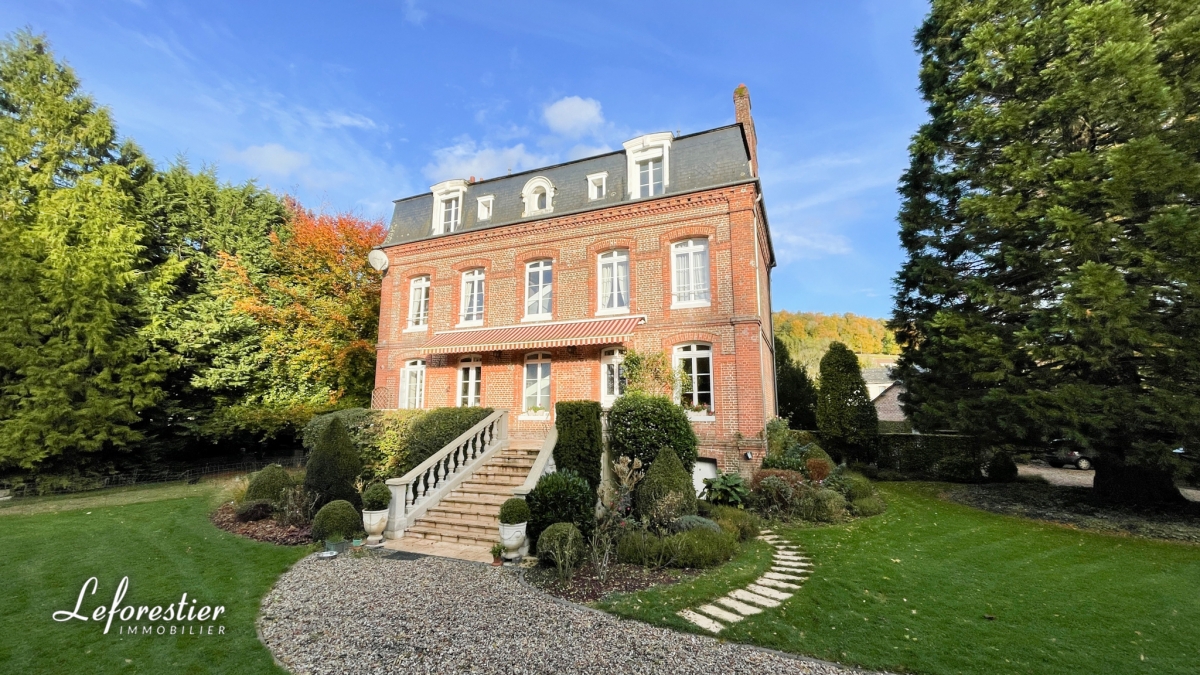 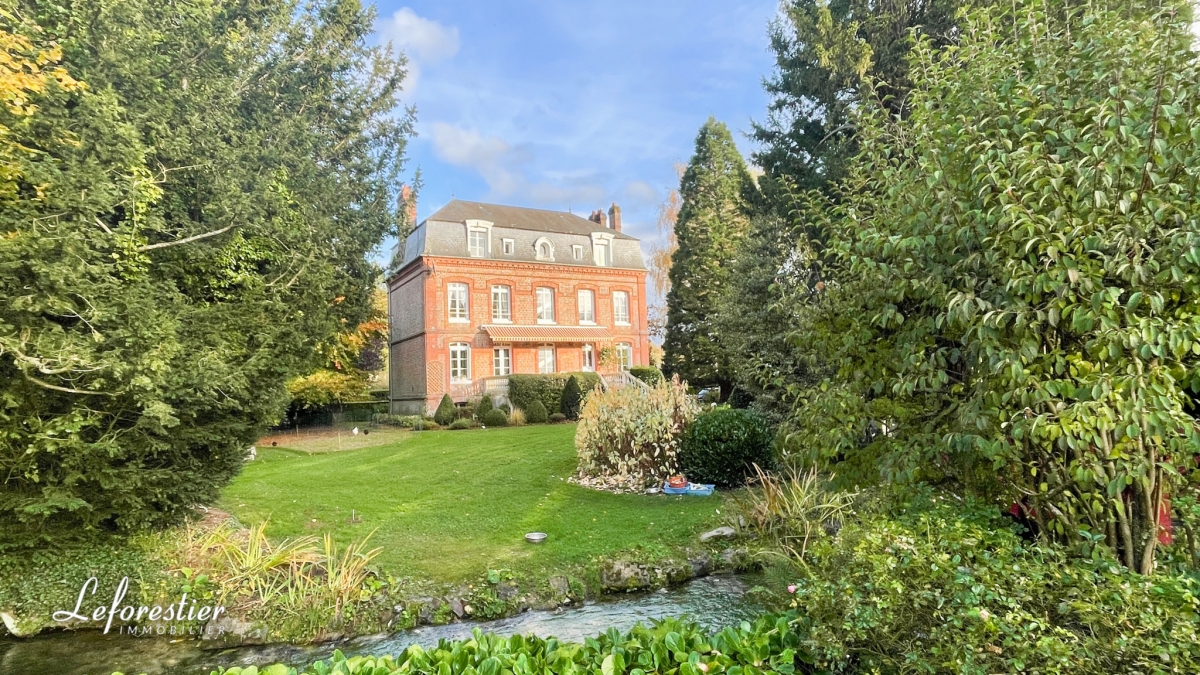 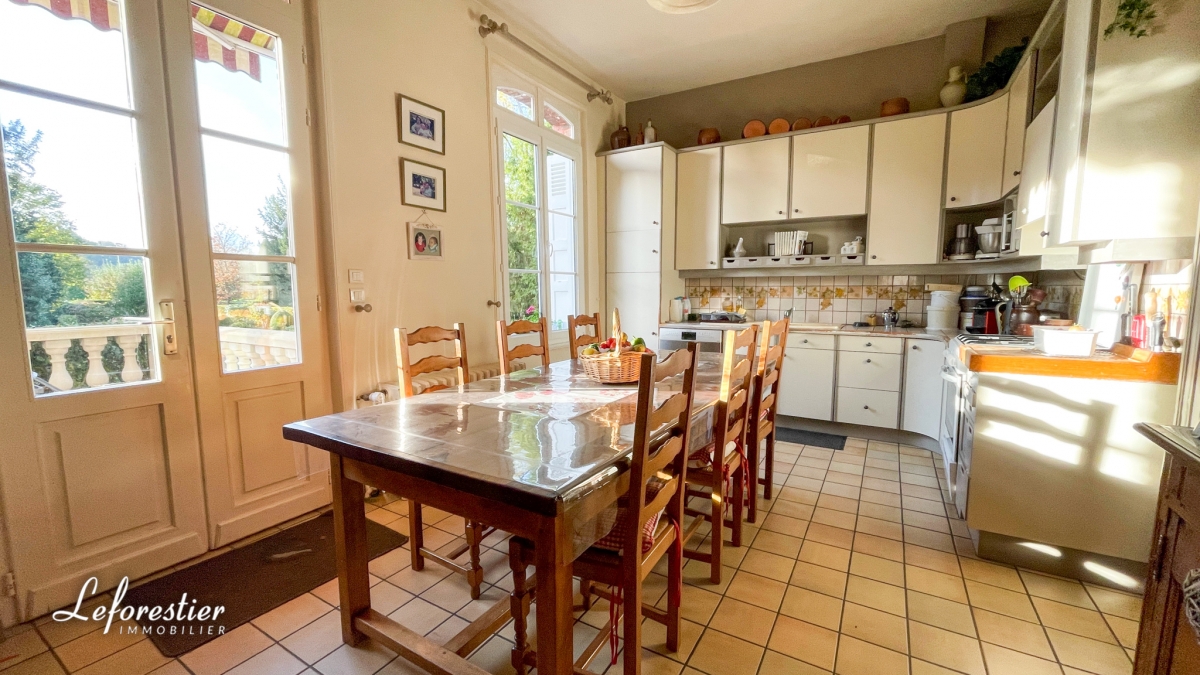 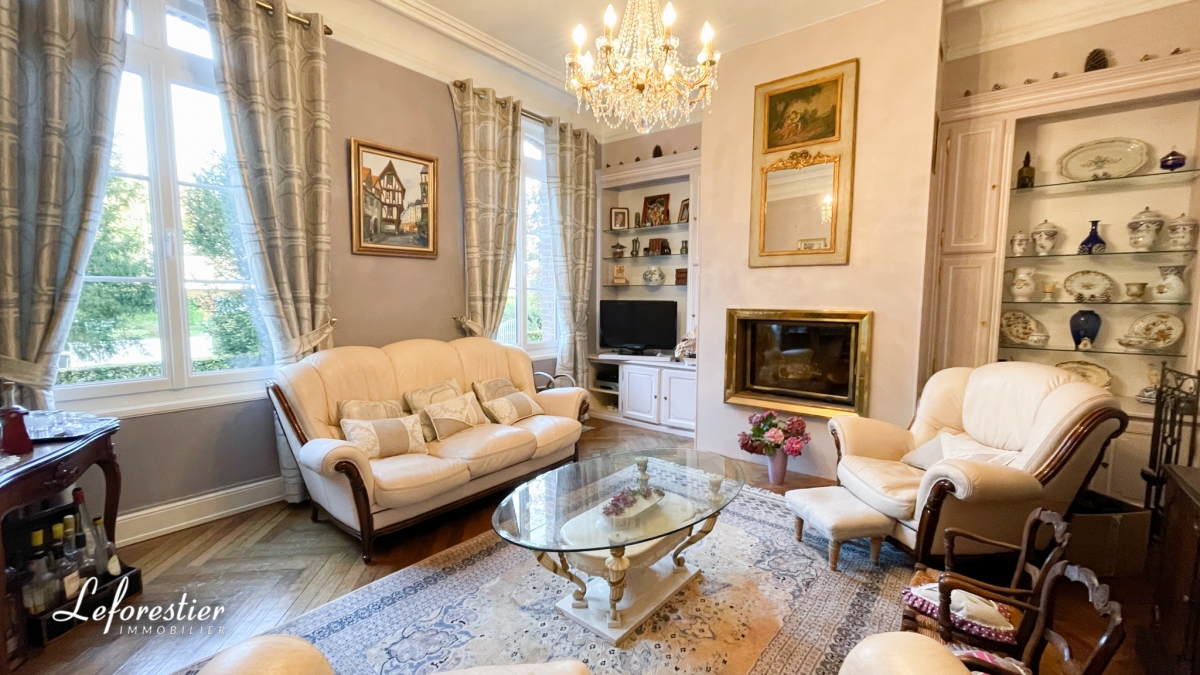 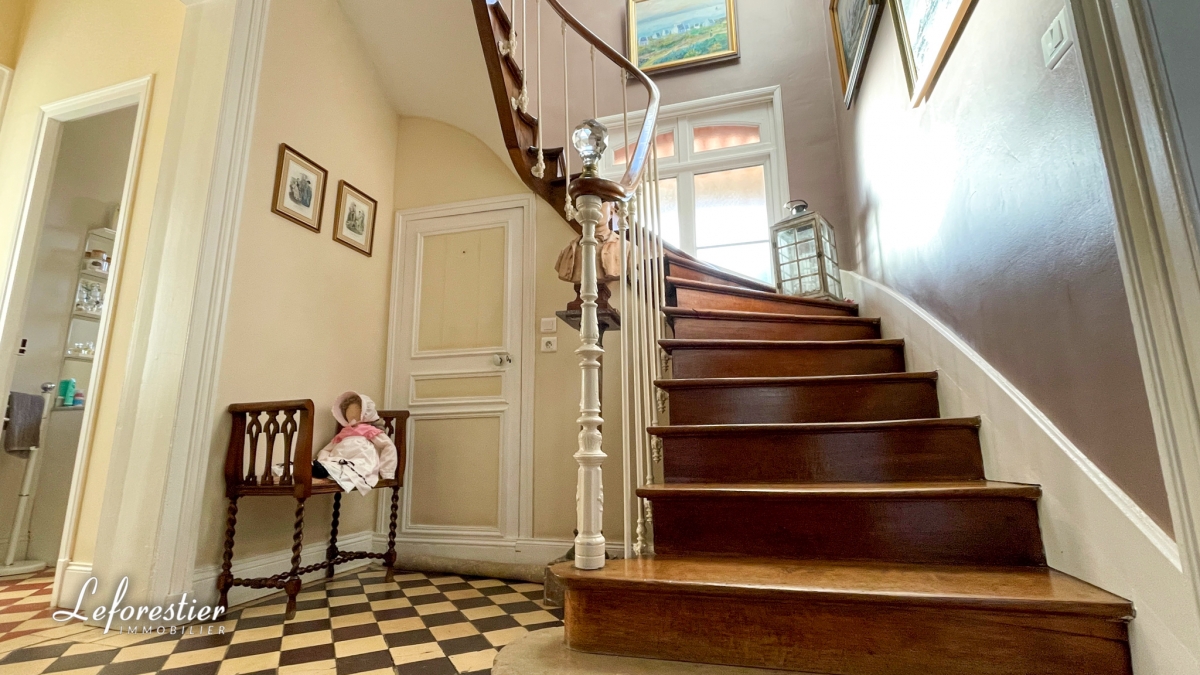 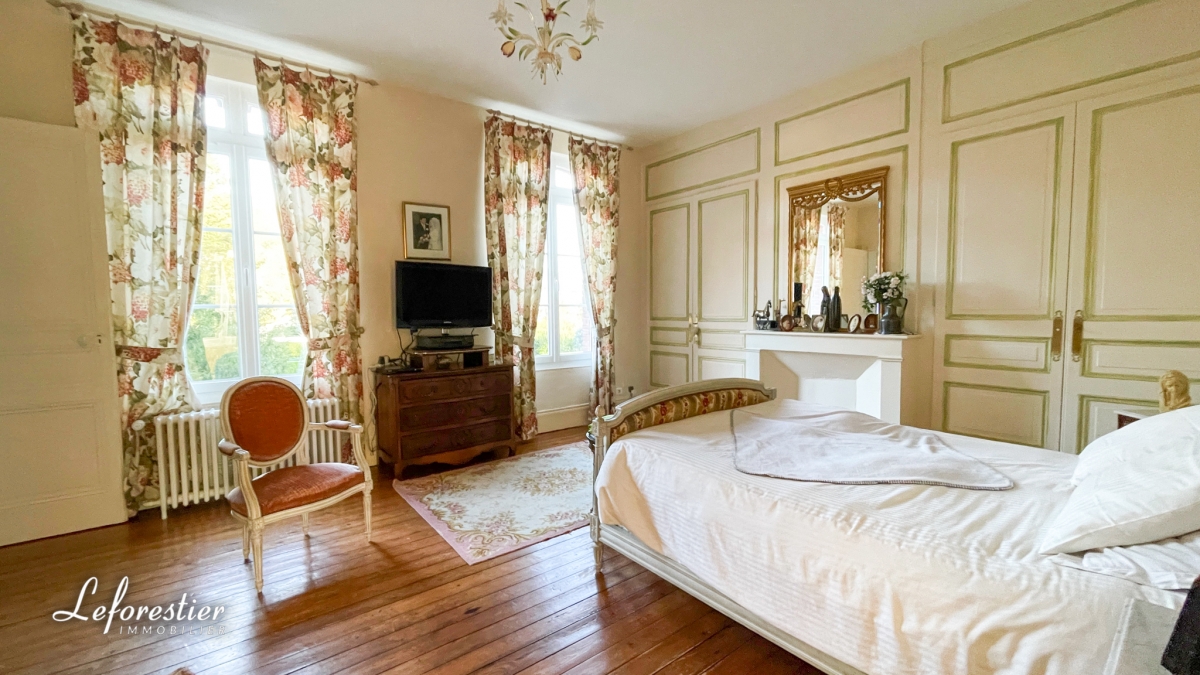 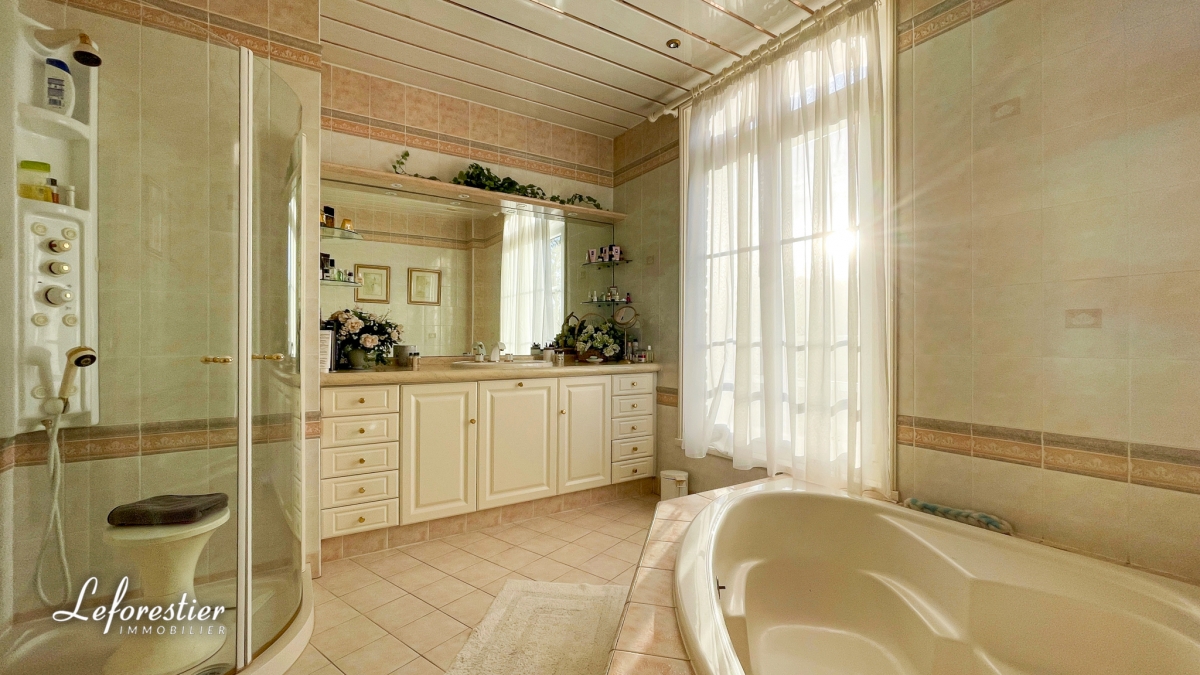 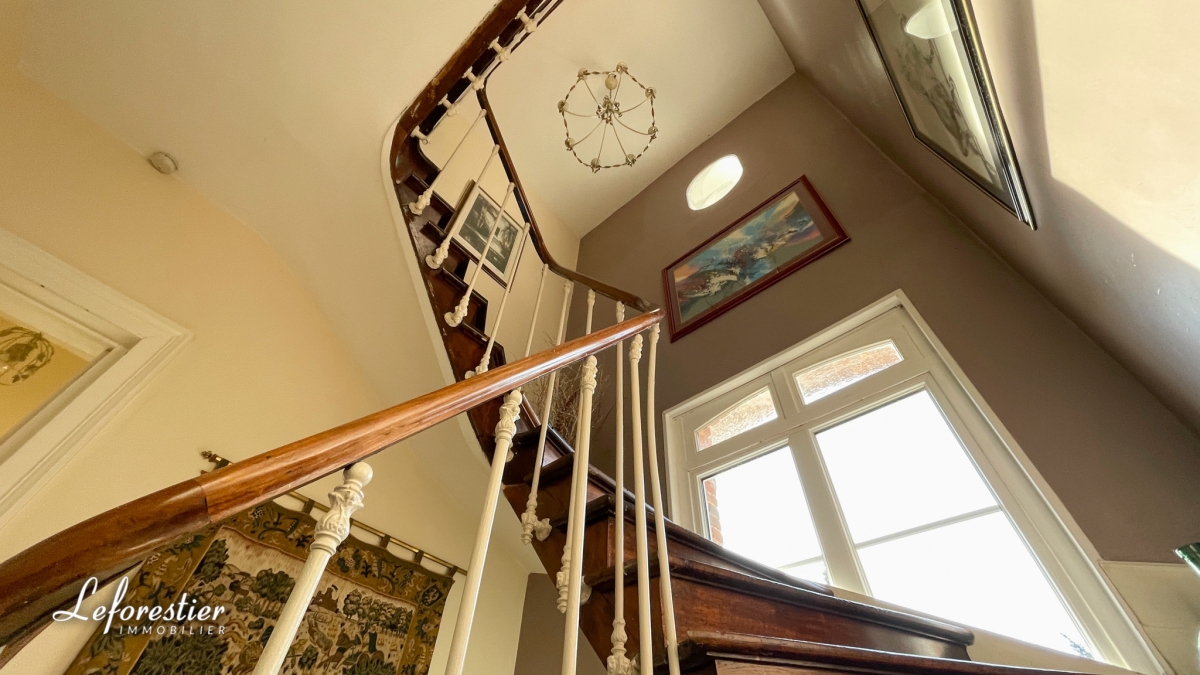 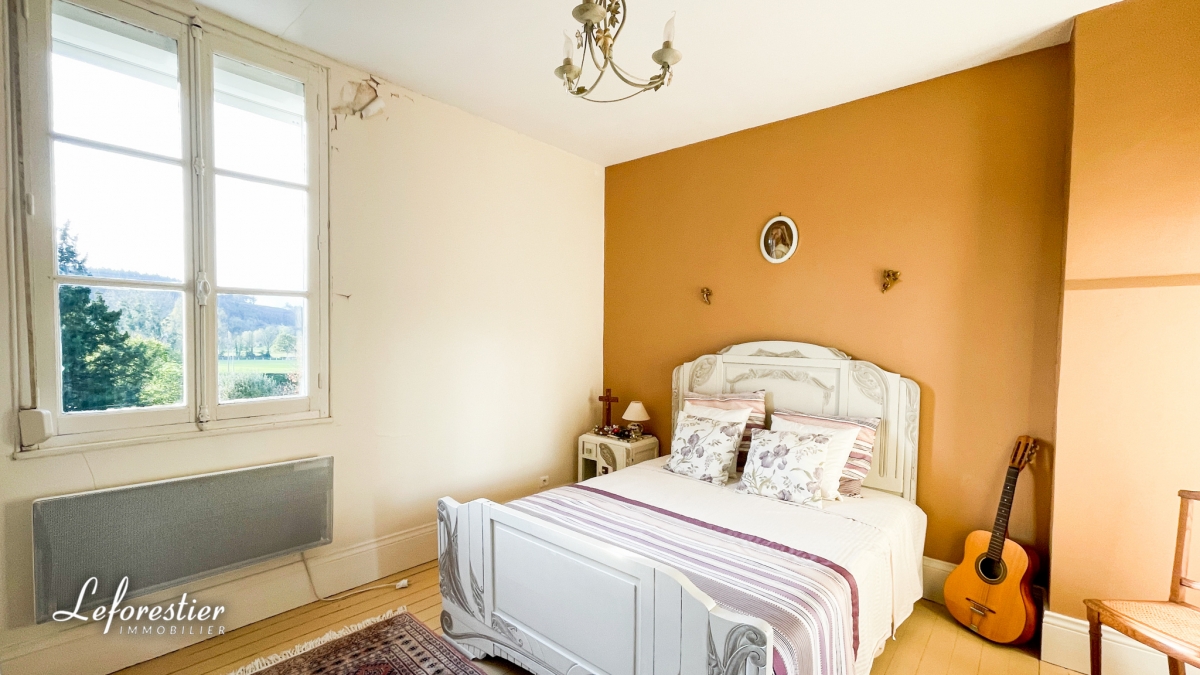 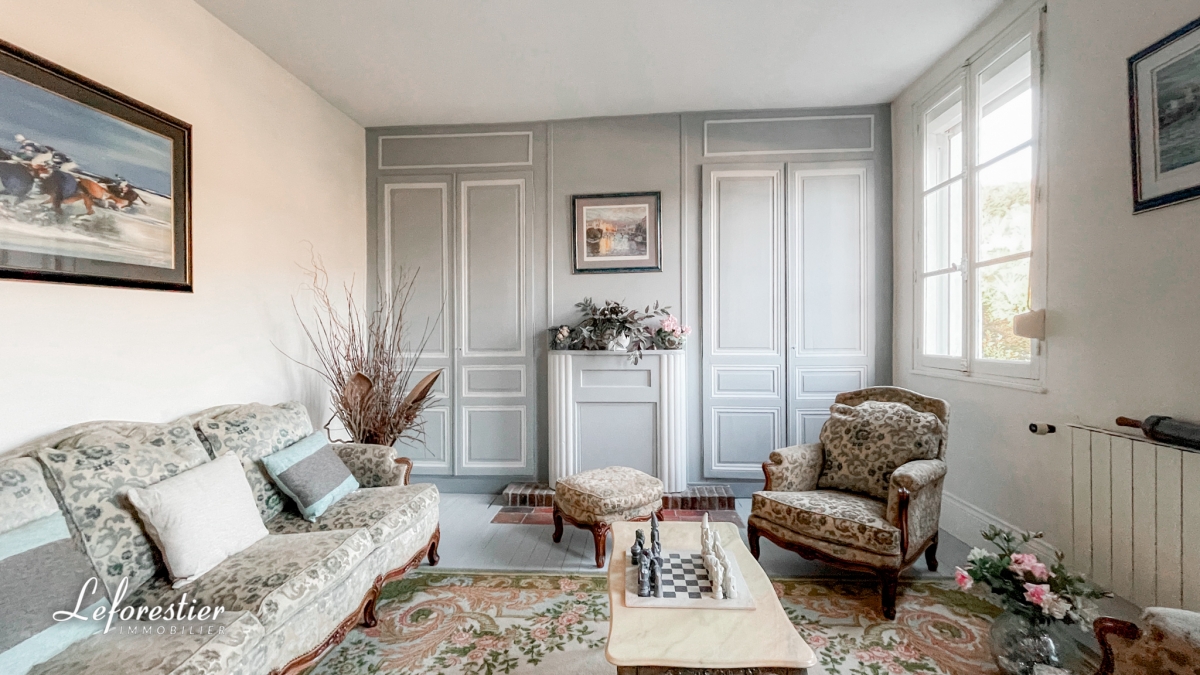 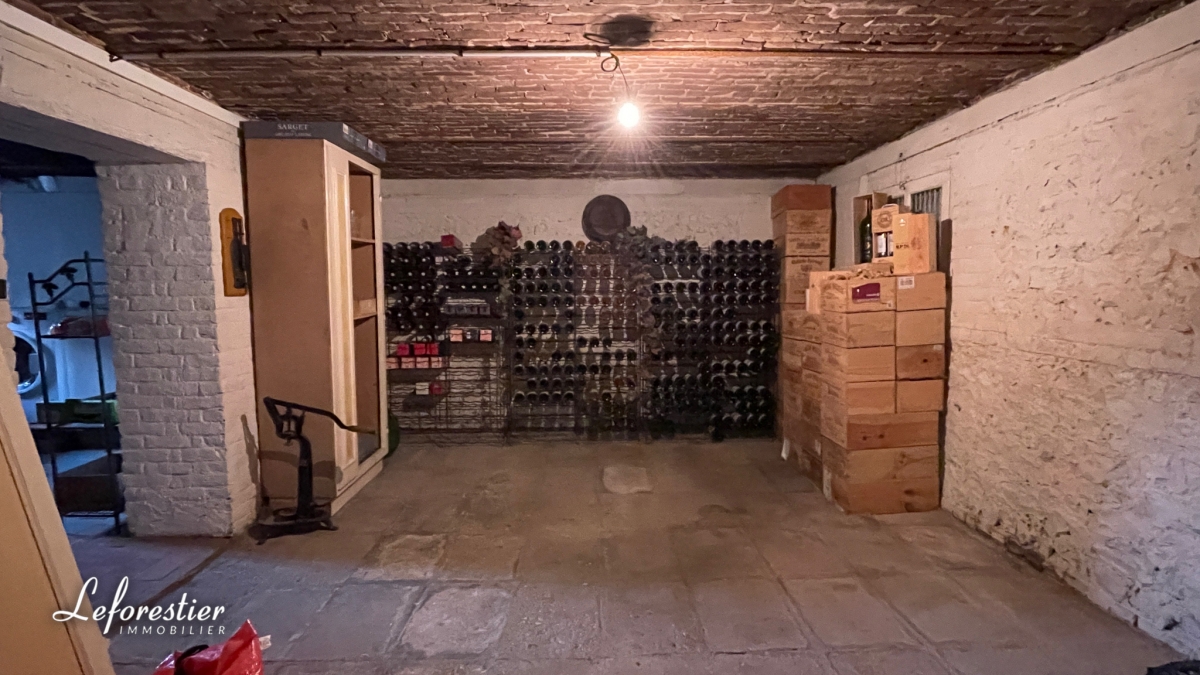 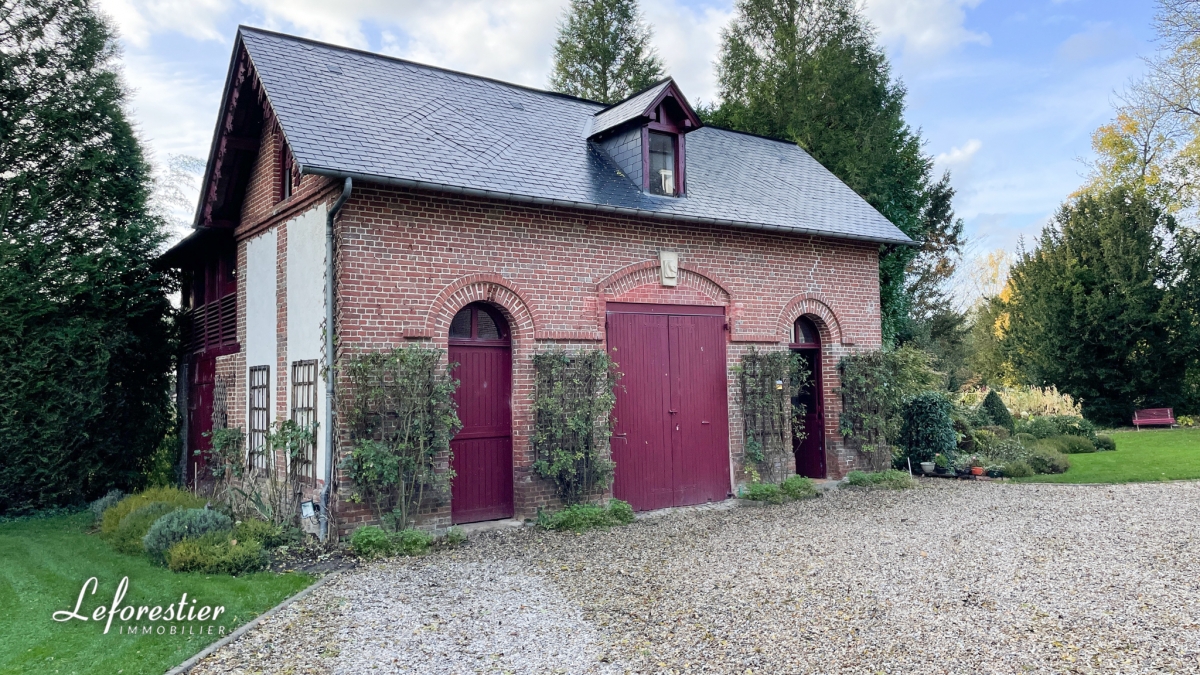 Mansion for sale in the Varenne valley

A large mansion by the river

On a plot of over 4000 m2, this beautiful residence offers beautiful volumes. The rooms are bright and the south and west facing terrace allows you to enjoy every ray of sunshine in summer and winter.

A tributary of the Varenne, a charming river in Normandy, gently crosses the terrain

The old period stables have become an outbuilding used as a garage and workshop. It could be converted into a gite or guest house.

The house welcomes you with its pretty entrance and its beautiful oak staircase. The large living room, the dining room and the small office have magnificent marble fireplaces. The distribution of the centerpieces of this residence is very classic for character houses from the end of the 19th century. The general condition is excellent and without structural work to be planned – roofing, plumbing, heating, electricity…

The large staircase serves on the first floor 3 bedrooms and a bathroom and on the second four bedrooms and shower rooms. The criteria of a family home are met.

An authentic house of character from Normandy

After the revolutions of 1789 and 1830, the French bourgeois deliberately entered into competition with the aristocracy. To position themselves socially, they built superb and magnificent buildings, most often rectangular, in stone, brick or an alloy of the two, more or less sober according to the tastes and the purses of each one.

Modern construction techniques allowed them to benefit from many large openings letting in natural light. Very often, a central entrance hall was the first room the visitor discovered. A beautiful staircase stood in the center striking the eye with its raw and voluminous forms. And, particularity of the mansion, always an office, a room strictly reserved for the master of the place, where he could exercise his activity, receive his tenants, farmers, sharecroppers, workers, suppliers, customers or patients, in short impose his authority. Our Maison de Maitre deliberately falls within these criteria.

Near Saint-Saëns, in a magnificent valley in the Pays de Bray

The Varenne valley is known for its tourist attraction. The ponds, the forest of Eawy, the hiking trails, the equestrian centers, the golf course of Saint-Saëns are some assets which explain the attraction for this sector.

Dieppe, port city and steeped in history of the Côte d'Albâtre, Rouen, historic regional capital along the Seine are less than 30 minutes away by car. As a second home, Porte Maillot in 2 hours or Brussels in 3 hours by motorway. 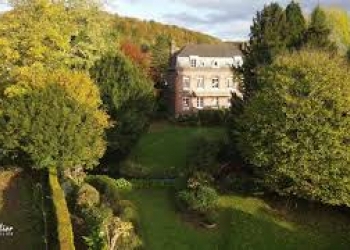