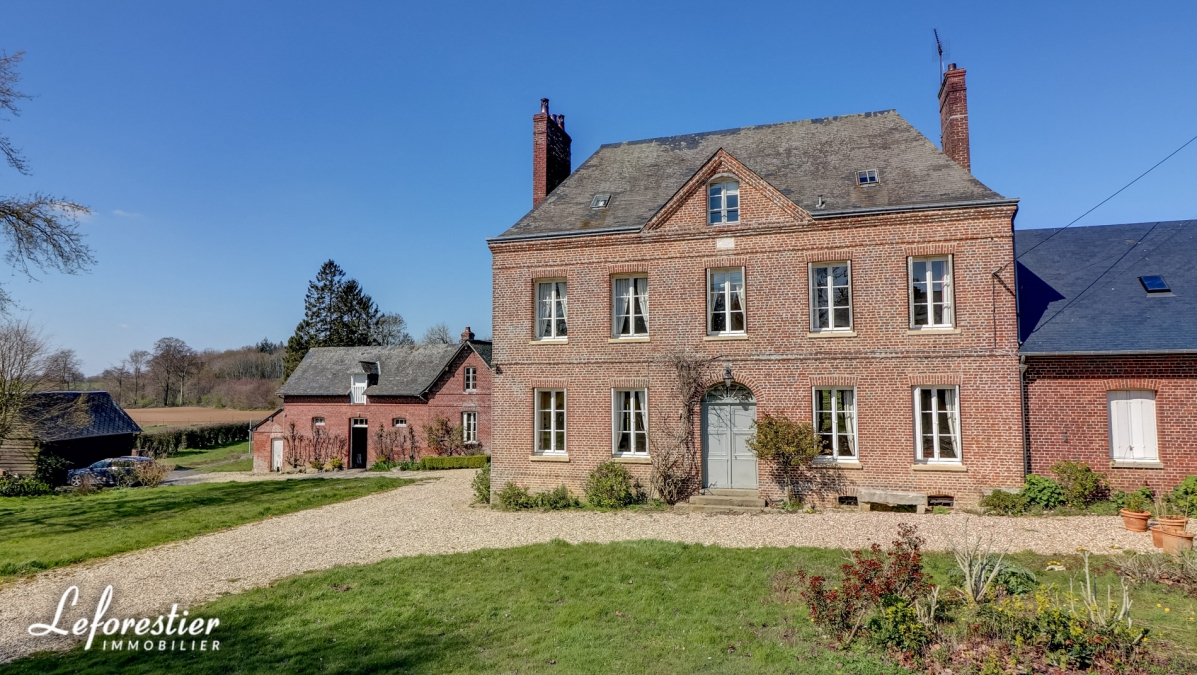 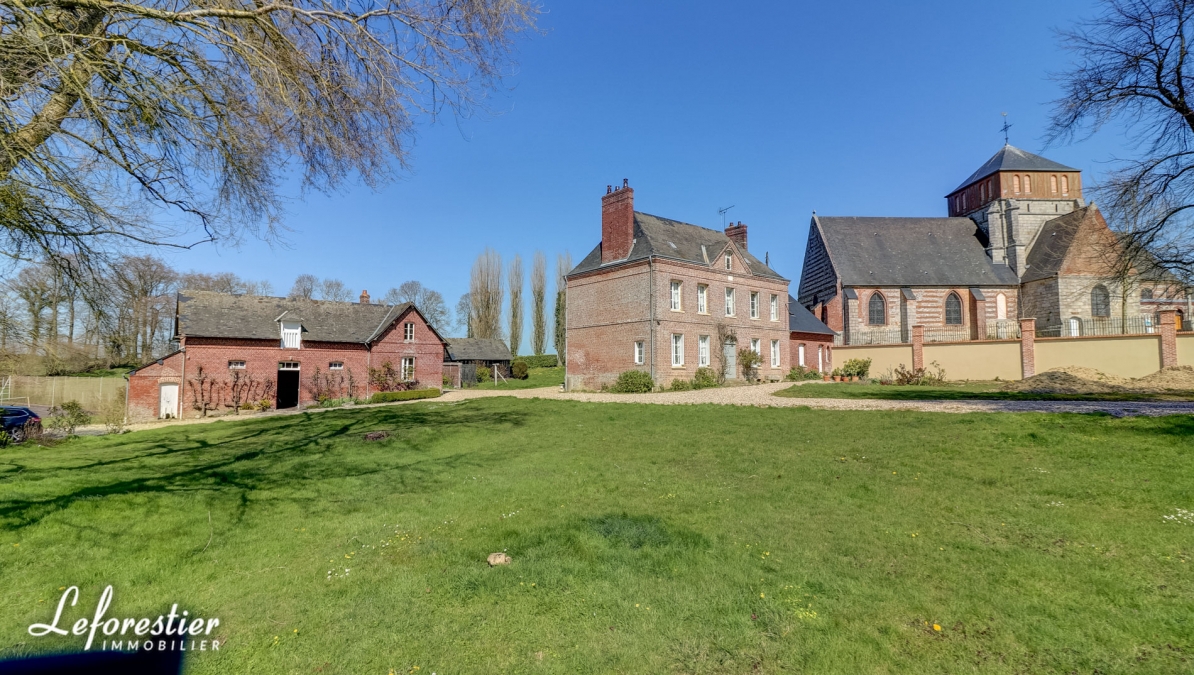 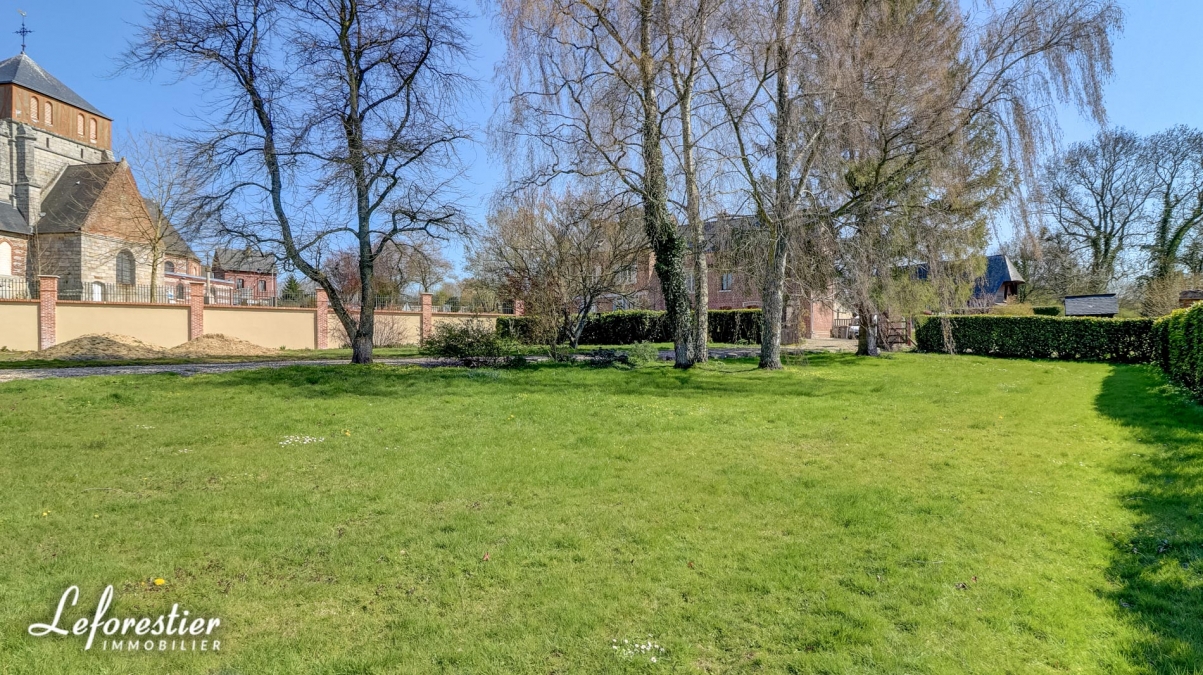 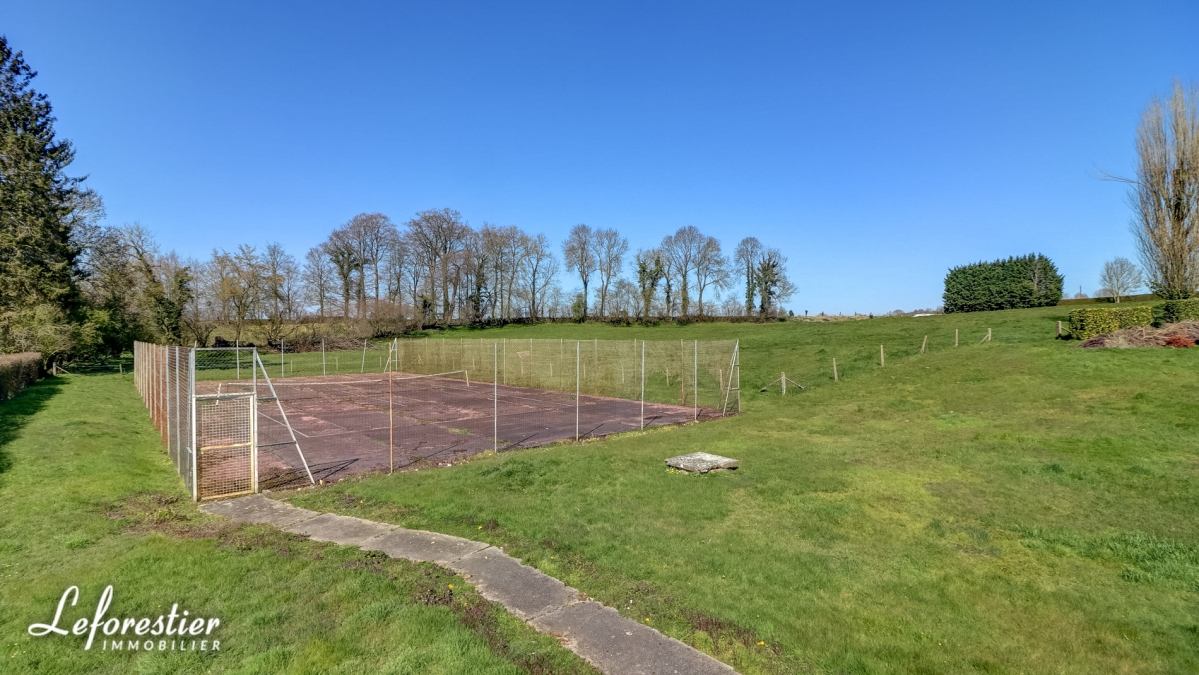 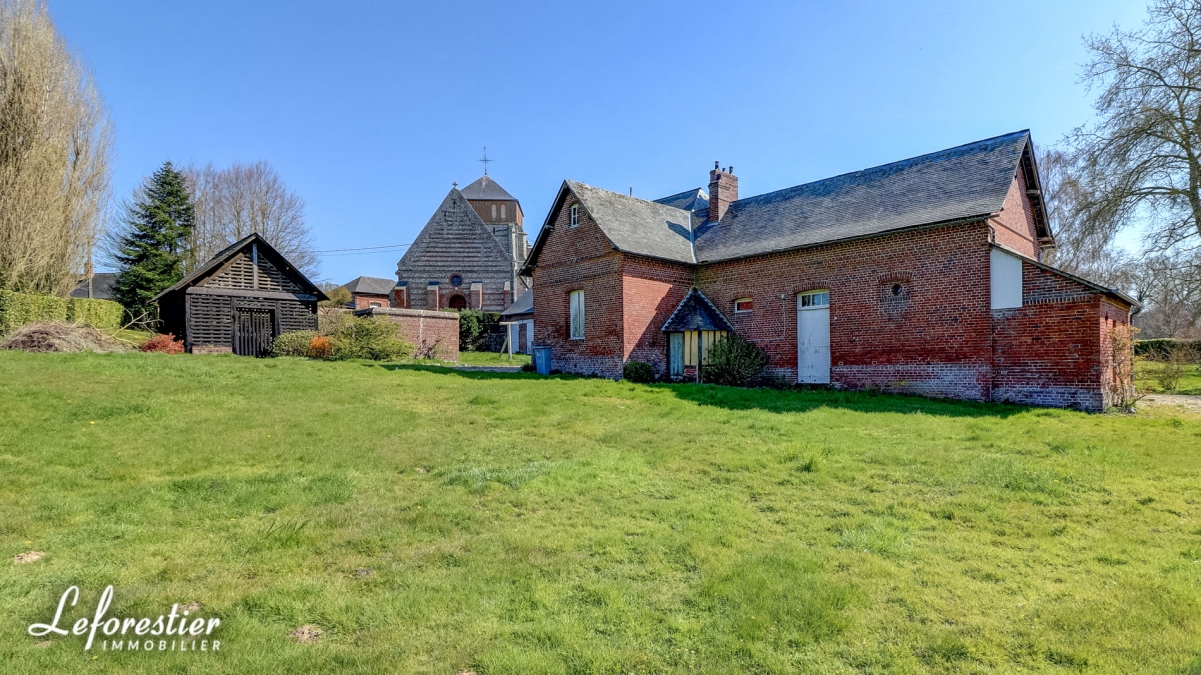 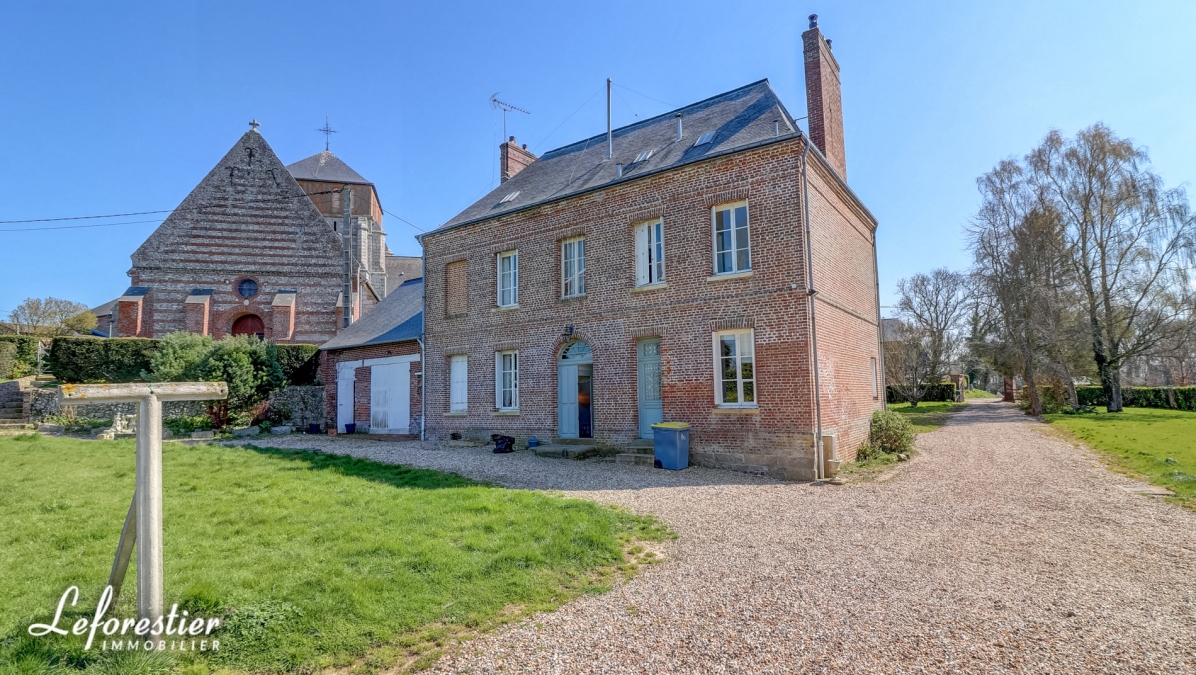 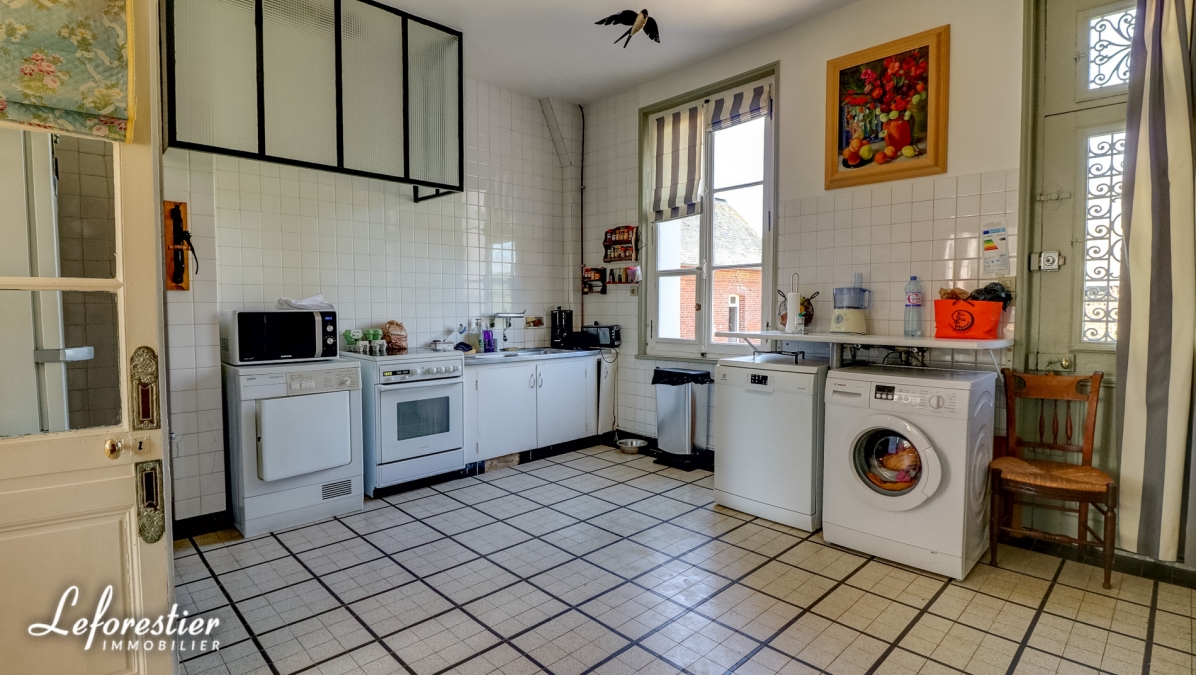 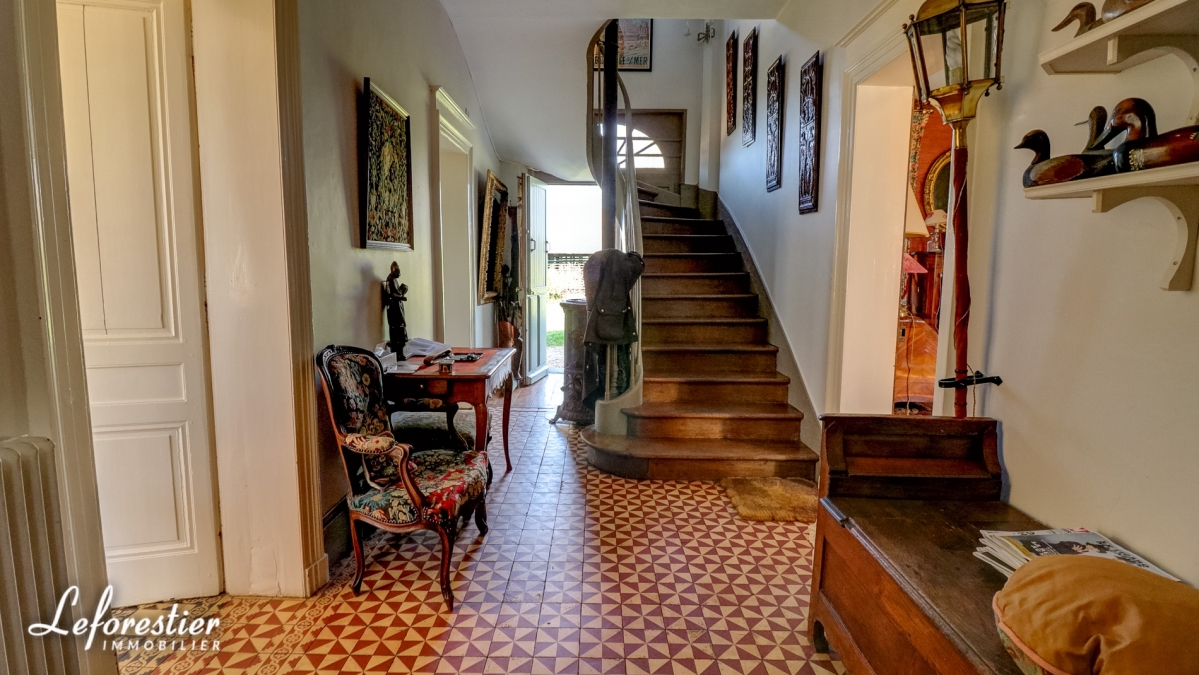 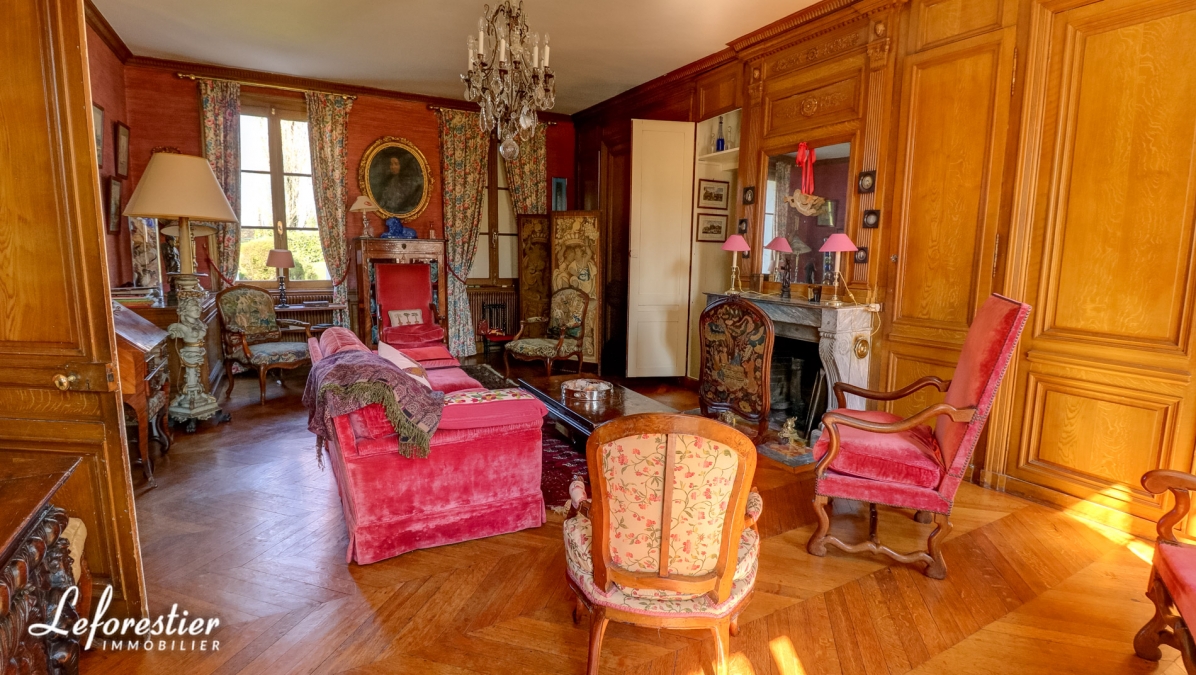 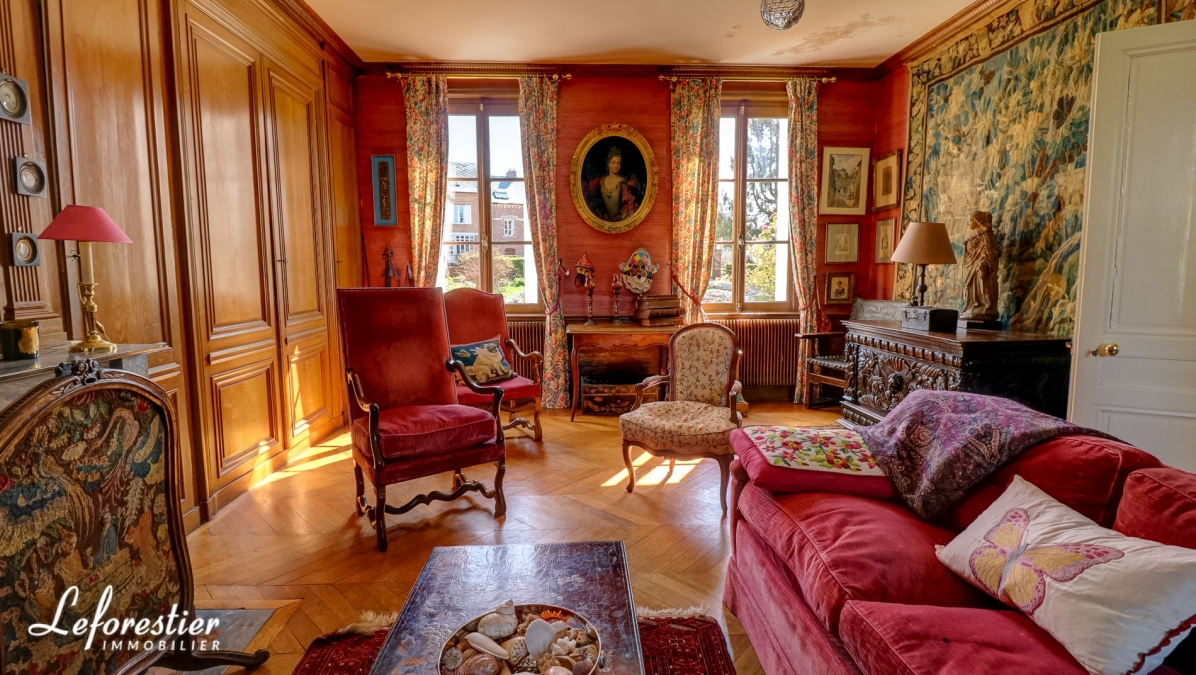 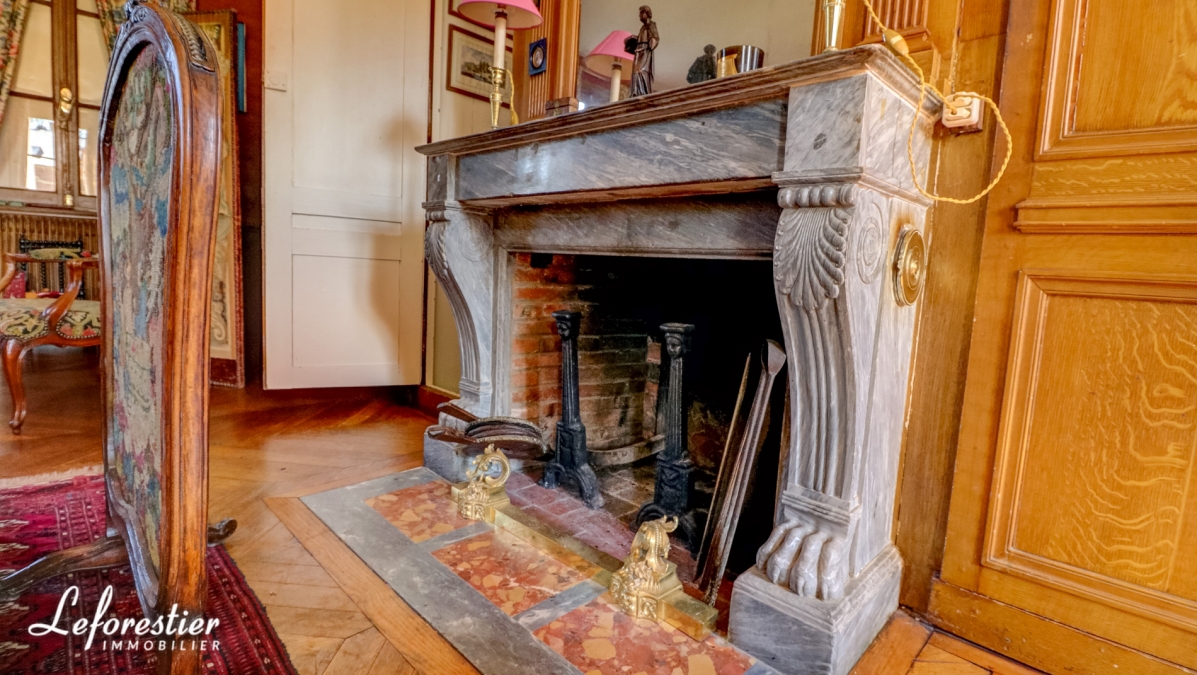 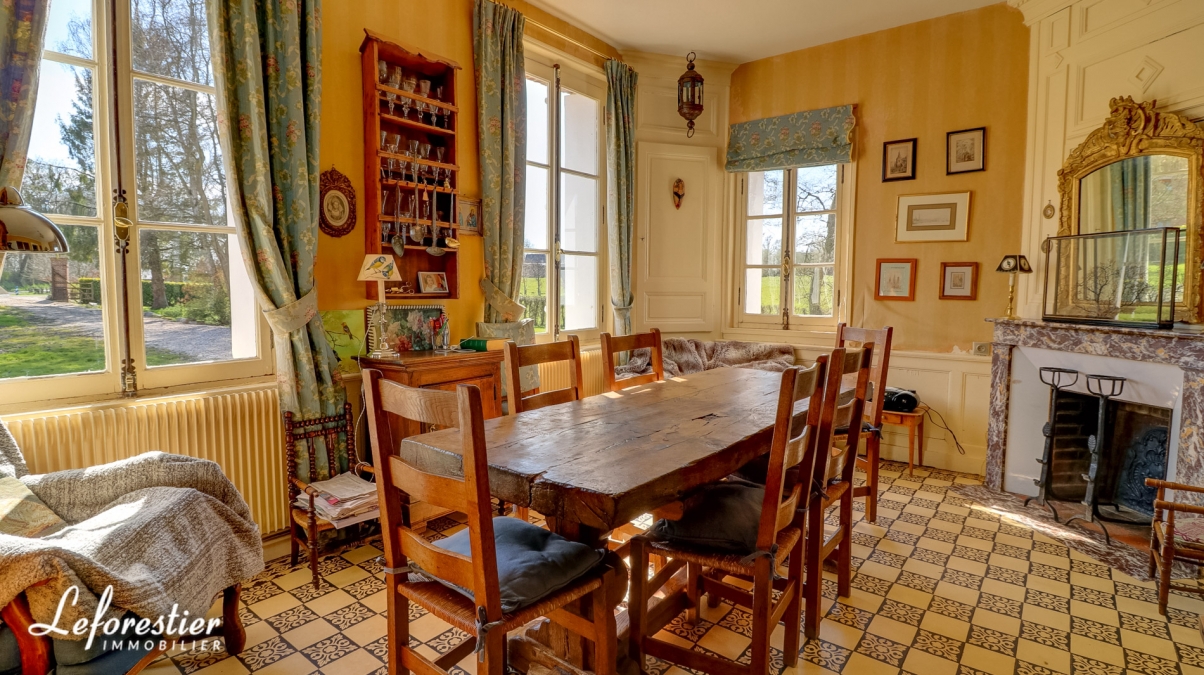 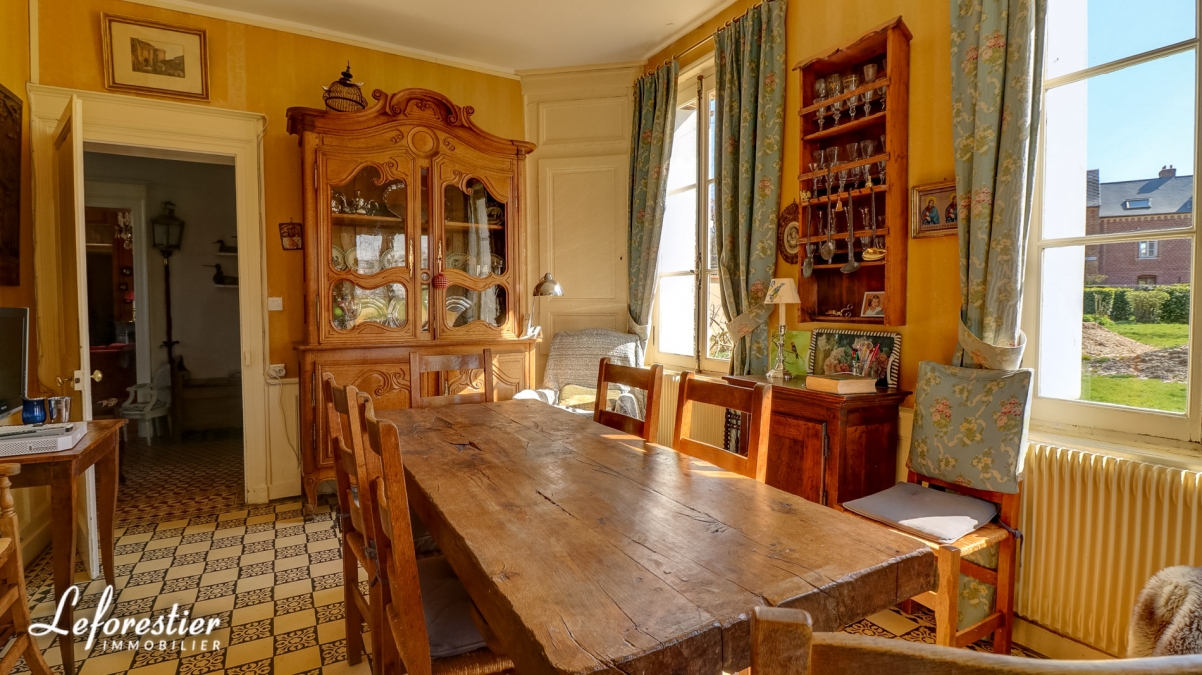 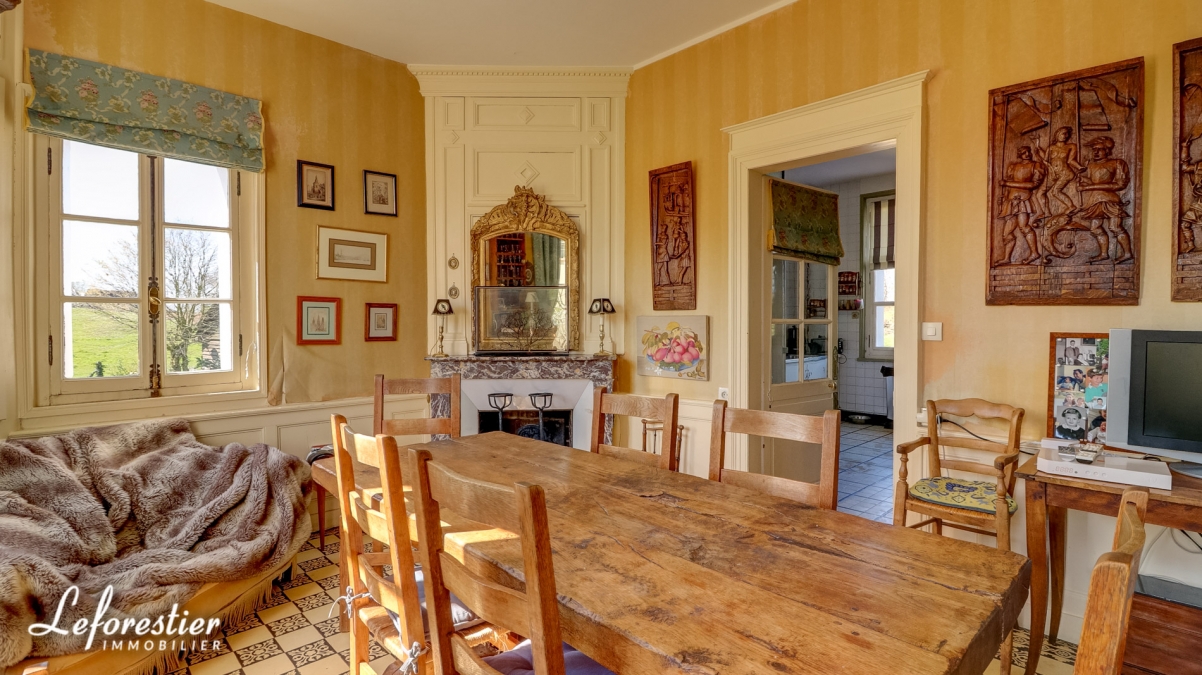 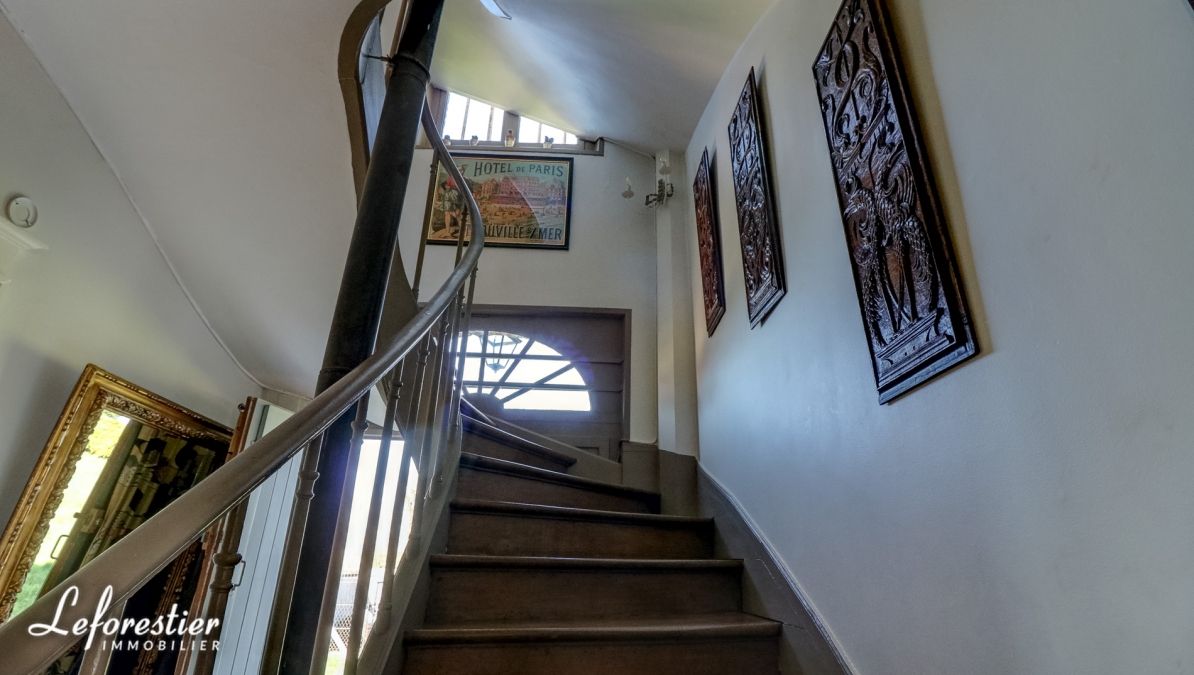 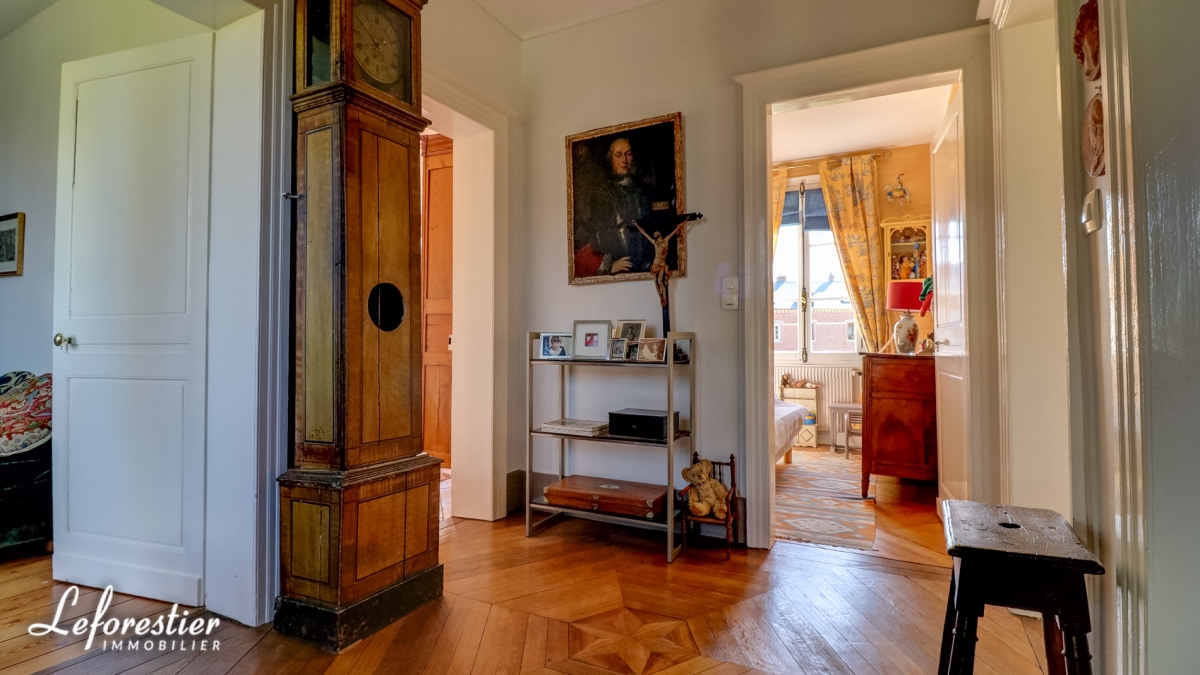 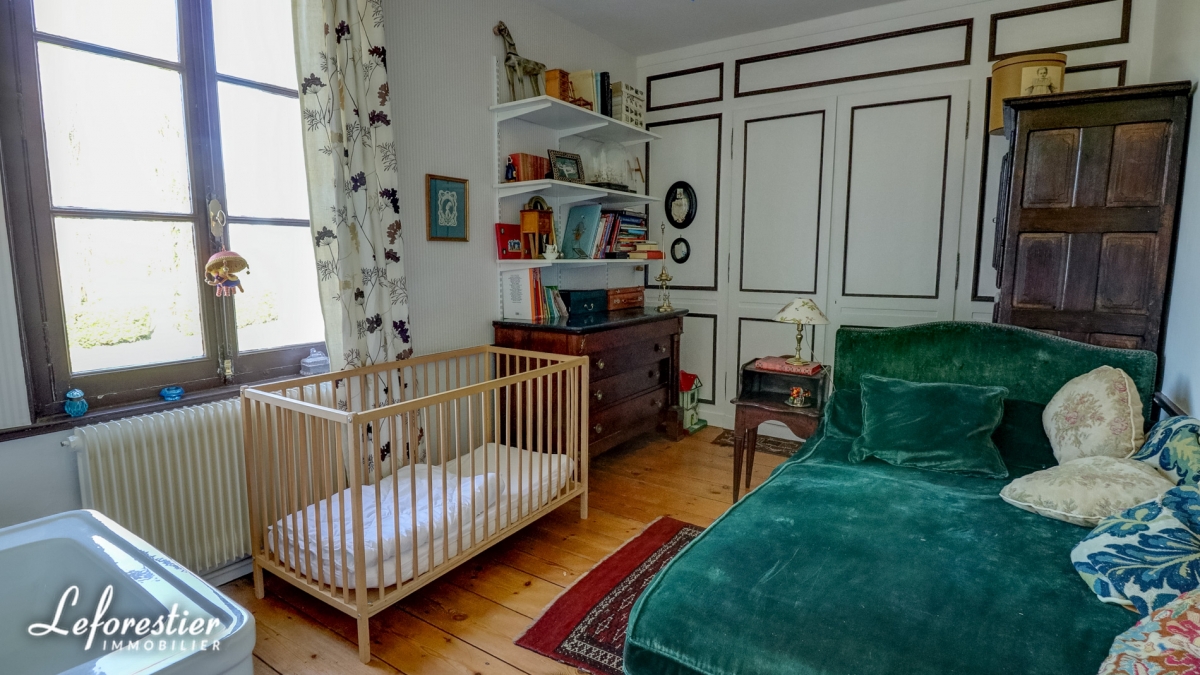 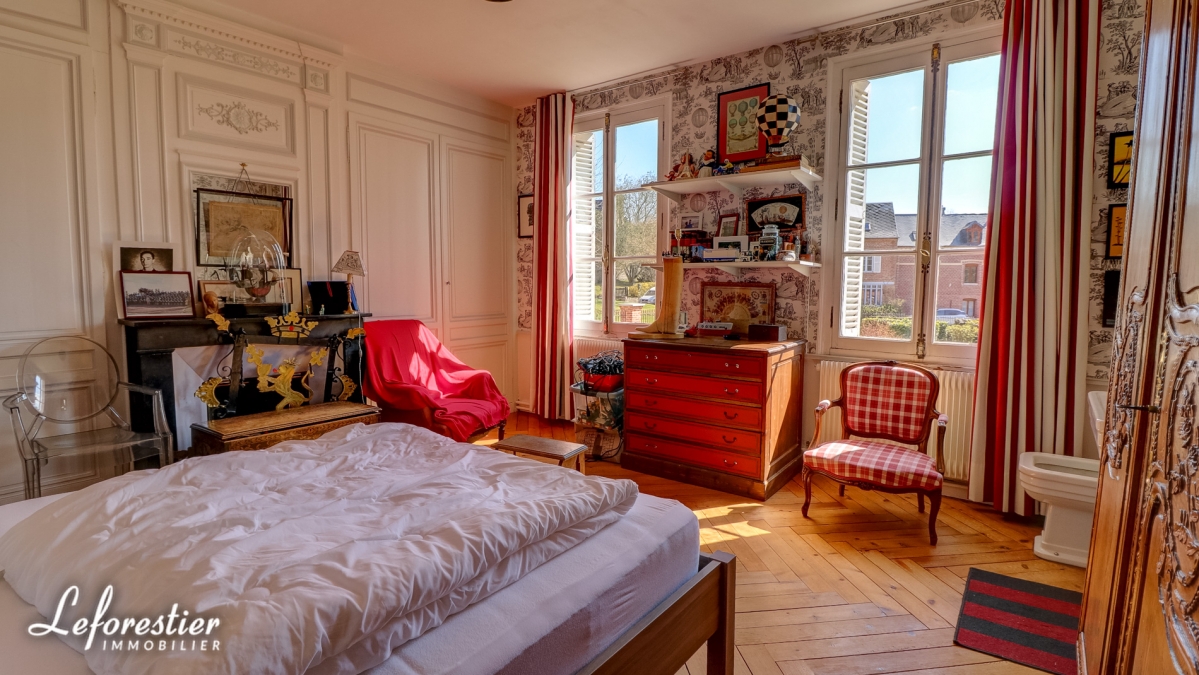 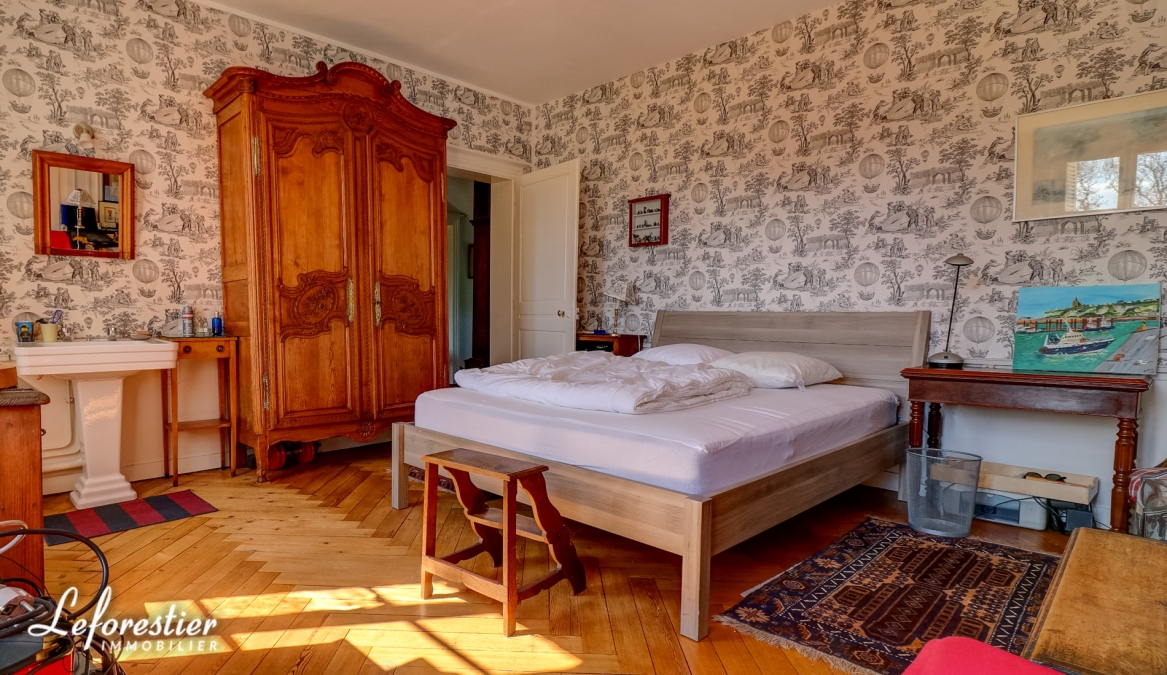 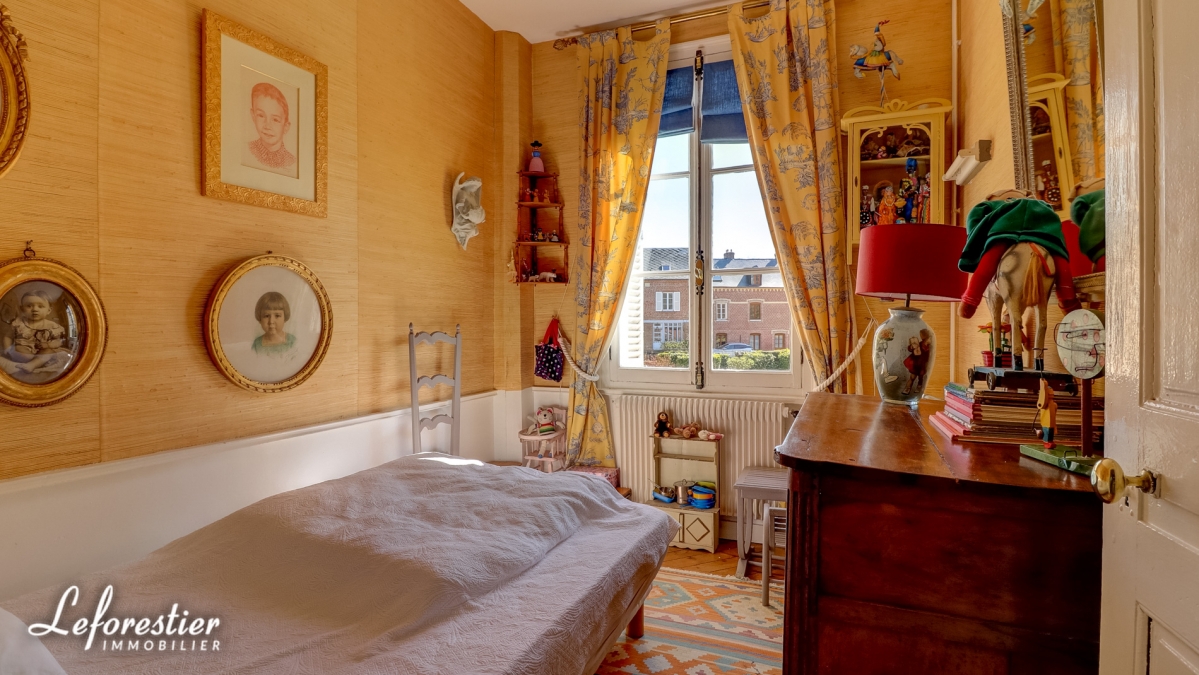 House for sale between Rouen and Dieppe near Auffay

Brick house of Saint Jean on the axis Rouen Dieppe

Near the Rouen Dieppe axis, in the Auffay, Longueville sur Scie and Totes triangle, this mansion for sale was built around 1850 in elegant Saint-Jean brick, a traditional brick from Normandy. The brick invented by the Egyptians, then taken up by the Greeks and the Romans flooded the Mediterranean basin. Abandoned during the Middle Ages, it reappeared in France during the Renaissance. The Saint-Jean brick gets its red-orange color from the wood-fired cooking technique and the nature of Normandy clay.

Later, the arrival of coal by the railways marked the death sentence for this brick considered too fragile, in particular for the construction of large buildings such as viaducts and other public buildings. It was replaced by brick baked in charcoal ovens, more solid, more regular in shape and darker in color. During the 20th century, an extension of the manor house and the main outbuilding of the property were built to house harness horses, horse-drawn carriages and the groom. This former stable would be a very charming gîte.

At the foot of the bell tower of the village church, past the gate, the character property for sale is offered to you by the south and sunny facade. At the rear, a large, grassy meadow in the Pays de Caux can accommodate 4 to 6 horses. A row of local tree species protects men and horses from the north wind.

The central entrance with its beautiful period staircase has an authentic cement tile floor for the best effect. The large living room with marble fireplace, oak parquet and woodwork welcomes guests in a cozy and friendly atmosphere, conducive to successful evenings.

The dining room with also an elegant marble fireplace and a family kitchen complete the ground floor. From the living room, access to an old garage offers the opportunity to create a master suite with a single storey bedroom, a dressing room and a bathroom.

Family house with 6 bedrooms and 2 bathrooms

This Master's house corresponds to a time when families were often large. On the 3 levels, six bedrooms and two bathrooms are distributed. Today, after some work, a bed and breakfast activity would easily find its place.

A meadow and three functional outbuildings

Beyond the old stable, the property has an open garage for 2-3 vehicles, an old garage adjoining the building with an attic above, a woodshed, and an old Quick tennis to renovate.

In summary, the potential of this character property is very important: a large living area including 6 bedrooms, a large stable, part of which was an apartment, an attached garage, a 2 car garage, a woodshed, a tennis court and above all more than a hectare and a half of good grass for horses.

Two hours from Paris by car via the A13 motorway, by train from Auffay station to Paris Saint Lazare, halfway between Rouen and Dieppe, 30 minutes from the beaches of the Côte d'Albâtre like those of Pourville or Varengeville sur mer, 5 minutes from the Auffay market and its local and organic products, this is a mansion combining important advantages!

Agence Leforestier immobilier, specialist in the mansion for sale in Normandy, between Rouen and Dieppe, from Pays de Caux to Pays de Bray. 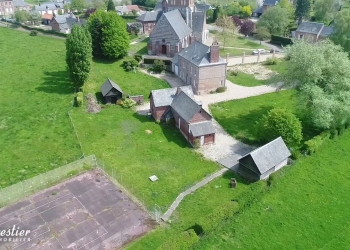